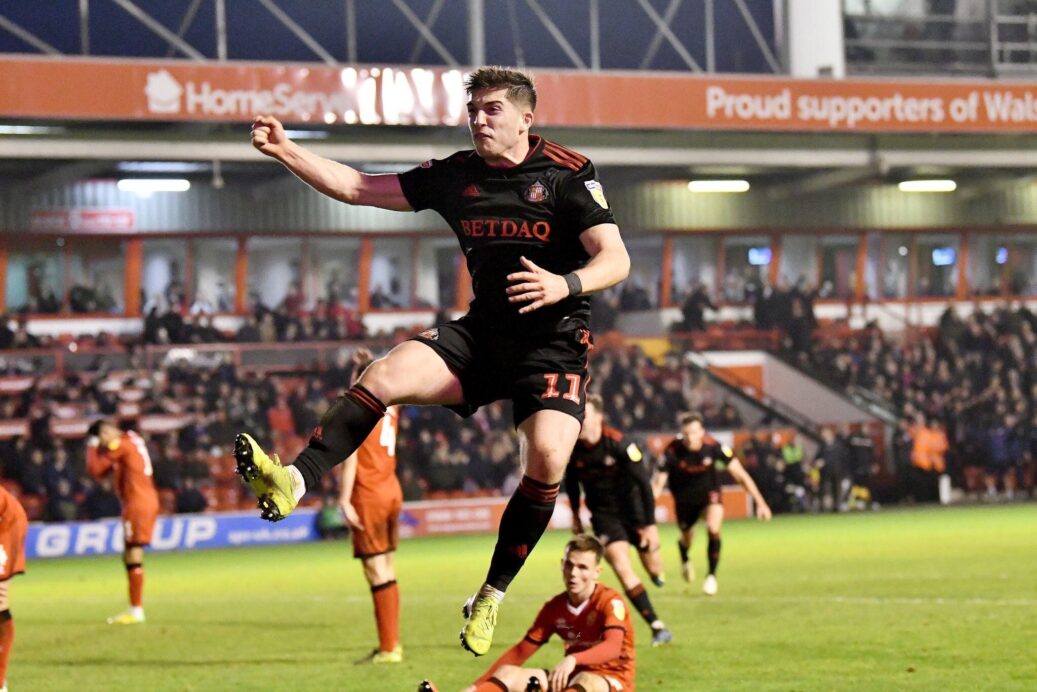 As Sunderland tries to gain promotion back into England’s second tier, Lynden Gooch remains in a fight to get back onto the radar of the U.S. Men’s National Team.

Saturday marked another strong performance by the 22-year-old, whose 89th minute equalizer helped the Black Cats to a 2-2 road draw at Walsall.

After being down 2-0 after 52 minutes, Gooch set up Aiden McGeady ten minutes later to cut the deficit in half. It was Gooch’s seventh assist of the season in League One.

With a defeat staring them right in the face, Sunderland dug deep with Gooch playing the hero ahead of stoppage time. A left-footed shot from the American snuck into the bottom-right corner to seal a point for the Black Cats.

It was Gooch’s fourth league goal of the season, which helped Sunderland remain in second place on 37 points.

What a feeling! Great character from all the lads to come back and get a vital point #safc 🔴⚪️⚫️ pic.twitter.com/c4ei4uCBrQ

Gooch and Co. will next be in action on Nov. 27th against Barnsley at the Stadium of Light.