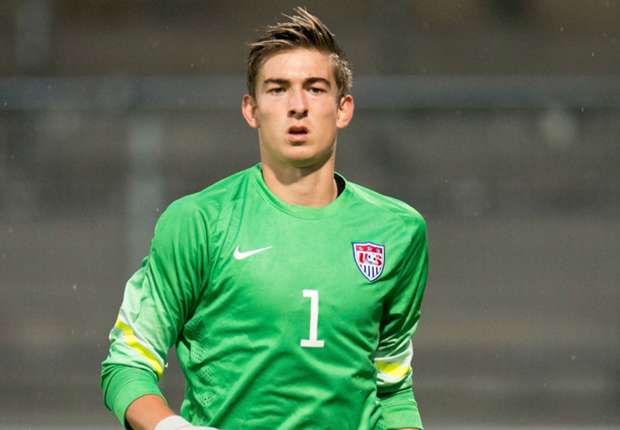 The U.S. Men’s National Team’s latest roster adjustment involves a member of a family familiar with the program.

Congrats to Jonathan #Klinsmann who has been called up the USA squad! 💪#hahohe pic.twitter.com/Lt5WKzaZRt

The 21-year-old, who played his collegiate soccer at Cal, plays for Bundesliga side Hertha Berlin.

Klinsmann is a reasonable call-up for the November camps, as he’s a European-based option and was a top option in goal during his cycle with the USMNT U-20 side from 2015-2017.

Steffen, who was eliminated from the MLS playoffs with the Columbus Crew on Sunday, has a hamstring strain that’s preventing him from participating in camp.

Klinsmann will join Ethan Horvath and Brad Guzan as goalkeepers in the camp preparing for the friendlies against England and Italy.

In addition to Steffen’s departure, midfielder Darlington Nagbe has also left due to hamstring strain. The Atlanta United player suffered the injury in the Five Stripes second leg playoff win over NYCFC on Sunday.