Sarachan pleased with groundwork laid for future ahead of USMNT vs. England 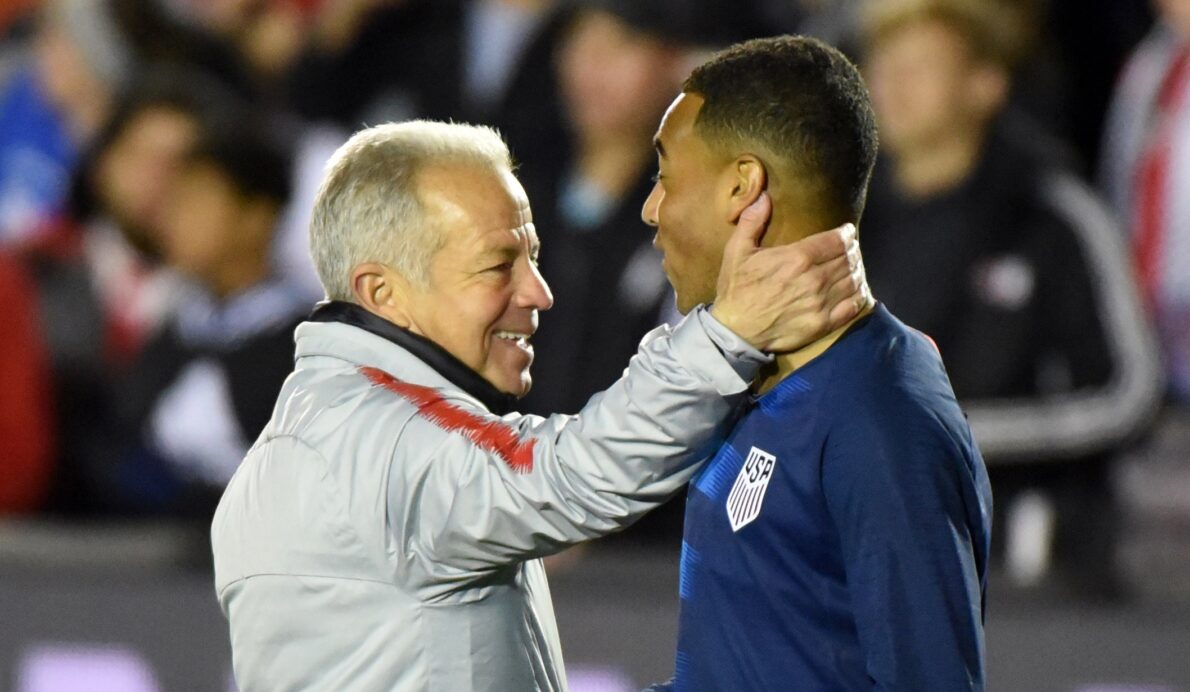 Interim head coach Dave Sarachan knows his days in charge of the USMNT are numbered as Columbus Crew’s playoff exit has ramped up speculation about Gregg Berhalter taking over the team for the 2022 cycle.

After more than a year at the helm, Sarachan has two more games to call the shots and end a tenure that has been about rekindling life in the program and giving a first look at what the next generation has to offer at the international level.

“These 12 months have given us an opportunity to begin the process of identifying and offering players an opportunity to see where they are currently and where we think they can be in the future,” said Sarachan at a press conference on Wednesday. “We’ve moved it along so that when the calendar year flips and we get into 2019 and we begin the next cycle there’s a great starting point there.”

The first of those two games comes Thursday at Wembley Stadium against England. While the Three Lions faithful are arguing over the inclusion of the last of its golden generation, the United States are still in the process of finding theirs. For the first time in the last year, it looks as though the U.S. fan base being sold on hope will see the the possible future core of the team on the field together for the first time.

Christian Pulisic has returned and how he works with the likes of Timothy Weah, Josh Sargent, Weston McKennie and Tyler Adams will be the focus of Thursday’s friendly.

Sarachan tempered expectations of Pulisic saying that it is “unfair” to say that the United States will “become a magical group” with the inclusion of the 20-year-old midfielder.

“It raises our level on the field for sure,” Sarachan said.

Sargent is the one from the group mentioned above that is in doubt after coming into camp with a “knock” according to Sarachan, but he is hoping Sargent will be available Thursday.

The battle for the No. 1 shirt added another name this week as Jonathon Klinsmann replaced the injured Zack Steffen. The goalkeeping group for the pair of upcoming games now includes Brad Guzan, Ethan Horvath and Klinsmann.

“It’s a fairly good problem to have,” Sarachan said. “The margins between Brad and Zack and a few others are pretty thin.”

Sarachan said he had decided who would be starting in goal on Thursday but declined to announce who during to the media.

For Sarachan, playing England at Wembley is just the sort of matchup that this young team will benefit from down the road and may provide answers as to how much has changed since last October.

“For our group, is a great test of measuring up,” Sarachan said. “I think they’re in great form, Gareth’s [Southgate] down a great job with them. Ultimately, that’s why we play these games, to get tested.”