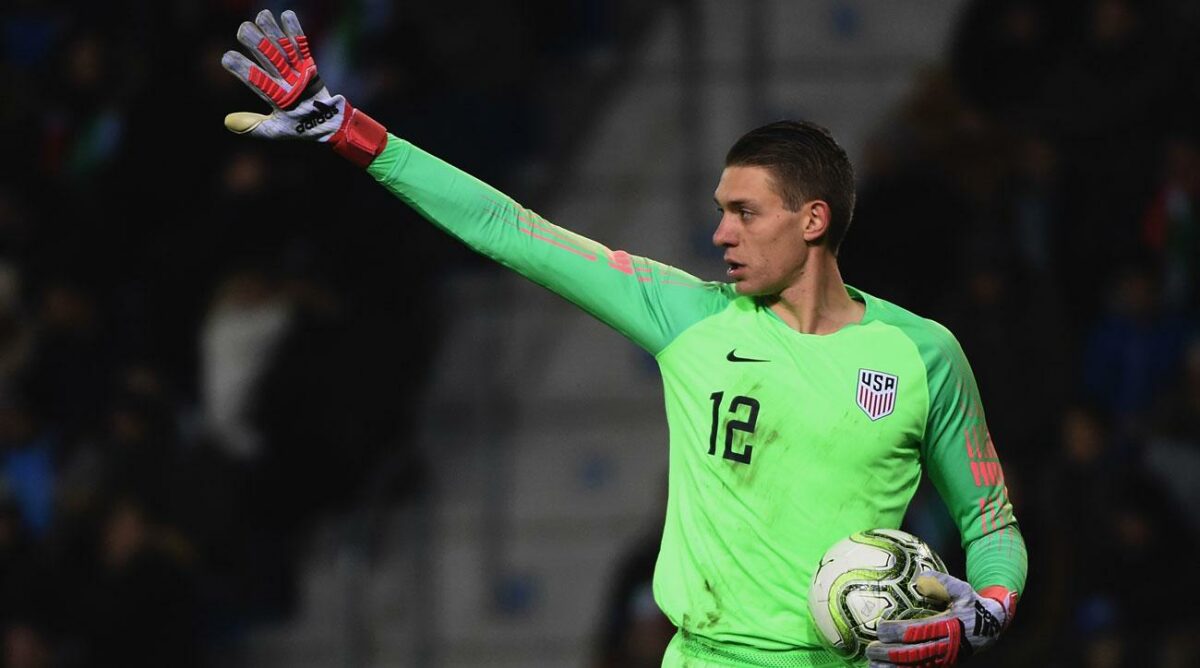 Ethan Horvath made a statement in the U.S. Men’s National Team goalkeeping conversation in a familiar setting on Tuesday night.

The 23-year-old goalkeeper made five saves in the USMNT’s 1-0 loss to Italy in Genk, Belgium.

Horvath, who plays his club soccer in Belgium, was the lone bright spot on the field for Dave Sarachan’s side against the European giant that is building itself back up after failing to qualify for the 2018 World Cup.

Horvath didn’t make many spectacular saves, but he was in the right position at the right time on plenty of instances against an Italian attack that made plenty of advances into the final third.

Unfortunately for Horvath, he was unable to do anything on Matteo Politano’s game-winning goal in second-half stoppage time to keep the clean sheet.

The 90-minute performance out of Horvath added some questions to the alignment of the USMNT’s goalkeeper depth chart, with Zack Steffen and Brad Guzan being the other contenders.

Outside of Horvath, the USMNT didn’t have any standout stars in an underwhelming showing to close out the 2018 schedule.