Timbers come from behind to earn slight advantage over Sounders 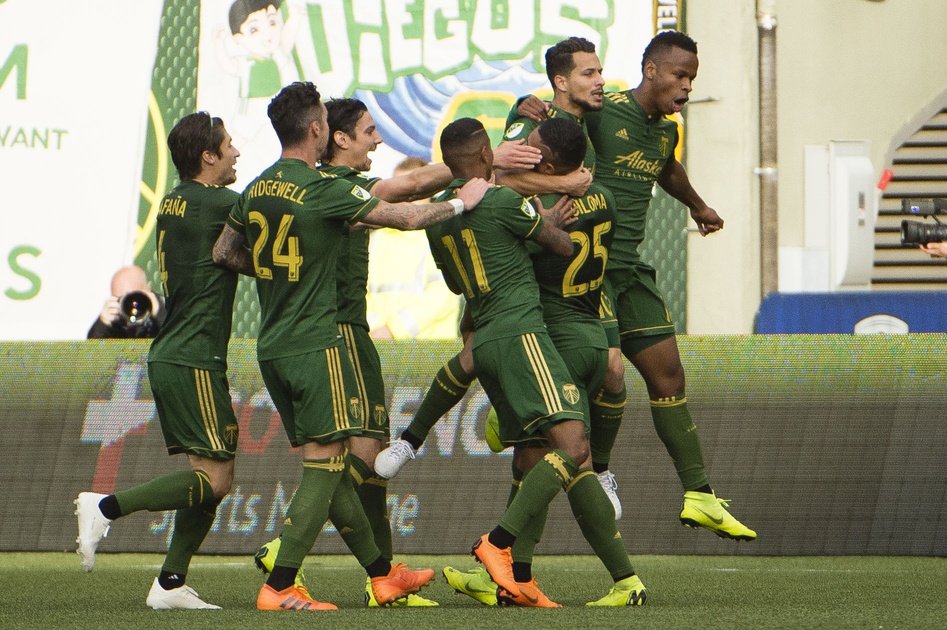 Even though the Portland Timbers won the first leg of their Western Conference semifinal over the Seattle Sounders, they aren’t in the clear.

The Timbers knocked off their Cascadian rival 2-1 at Providence Park on Sunday, but the Sounders head back to CenturyLink Field on Thursday with an important away goal.

Jeremy Ebobisse and Sebastian Blanco provided the two-goal response for the Timbers in the first half after Raul Ruidiaz bagged a vital away goal for Brian Schmetzer’s side.

Ruidiaz opened the scoring in the 10th minute off a cunning run into the left side of the penalty area.

The Peruvian clipped his shot over the outstretched arm of a leaping Jeff Attinella in one of the few bright spots in the opening 45 minutes for the Sounders.

Seven minutes after the initial goal of the two-legged series, Ebobisse latched on to a Diego Valeri through ball to equalizer the contest for the home side.

The game was only tied for 11 minutes, as Blanco picked up the ball at the top of the penalty area, fended off a defender and finished into the right side of the net.

While Portland was busy celebrating, the Sounders went into the locker room trying to figure out how to deal with injuries that forced Cristian Roldan and Chad Marshall off the field.

Throughout the second half, the Sounders produced some chances in the final third, but they were unable to secure a second strike.

Due to the Seahawks game on Sunday at CenturyLink Field, the Pacific Northwest foes will face off on short rest on Thursday, as the Timbers play their fourth game in 12 days.

Diego Valeri was once again the engine of the Timbers attack in a major game, as he produced five key passes and an assist, and he was on the ball more than any of his teammates.

Sebastian Blanco’s game-winning strike in the 28th minute provided the Timbers with a decent cushion heading into the second leg.

Both Portland goals came through the left side of the Sounders defense, where Nouhou Tolo and resided.