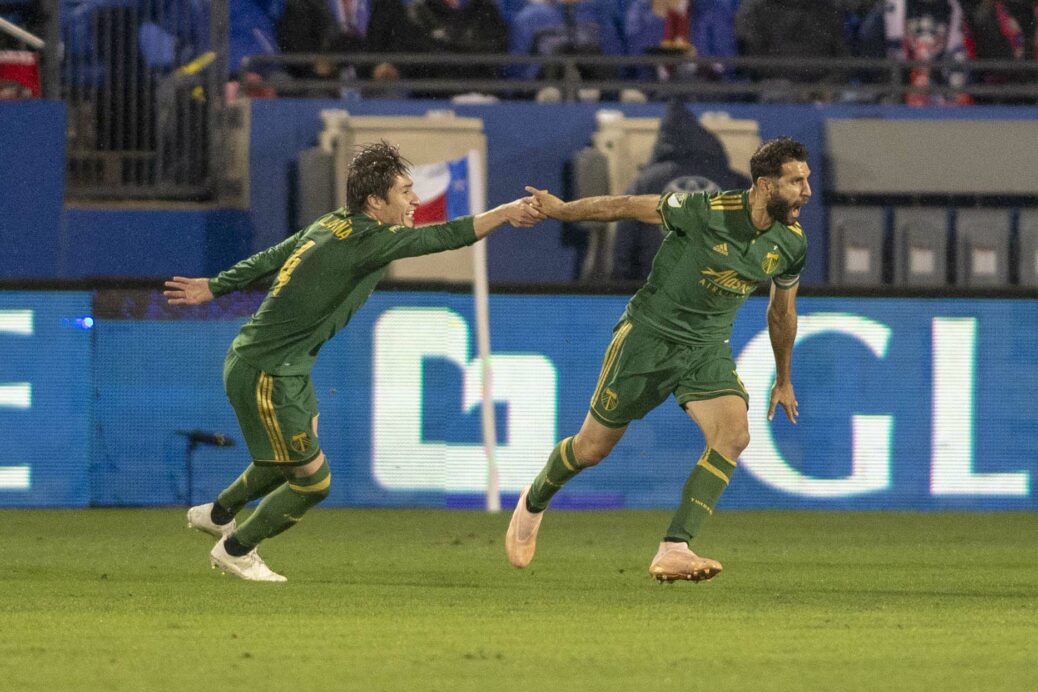 FC Dallas thought they had the opening goal in the 12th minute when Reto Ziegler headed in a free kick, however, his goal was called off after VAR ruled him offside.

Portland scored the official opening goal of the match on Diego Valeri’s free kick to the upper 90, past a diving Jesse Gonzalez to put the Timbers up 1-0 in the 23rd minute.

Portland went down a man in the 58th minute when Larrys Mabiala took down Dominique Badji, who was on his way to goal, just outside the 18-yard box. Mabiala earned the red for his tackle, putting the Timbers down a man.

Valeri doubled his total in the 71st minute on a goal to the far post, taking advantage of bad positioning by Gonzalez who ran to the top of his 18, but ran into his own defender.

FC Dallas had trouble finding the back of the net throughout the majority of the match but pulled one back three minutes into the second half stoppage time on a goal from Matt Hedges. They had an opportunity in the final minutes of stoppage to pull even and force extra time, however, they couldn’t find the back of the net.

While Dallas’s season abruptly ends, Portland awaits the result of Thursday’s match between LAFC and Real Salt Lake to see who they’ll play in the Western Conference semis.

MAN OF THE MATCH: Diego Valeri’s brace helped guide the Portland Timbers back to the Western Conference semis.

MOMENT OF THE MATCH: Valeri’s second goal came with the Timbers down a man and through poor decision making to come out of the six-yard box from Dallas’s Jesse Gonzalez.

MATCH TO FORGET:  Jesse Gonzalez couldn’t reach Valeri’s free-kick goal in the first half but made the wrong decision to come out of his six-yard box in the second half where he also ran into his defender who was taking on Valeri on the goal.