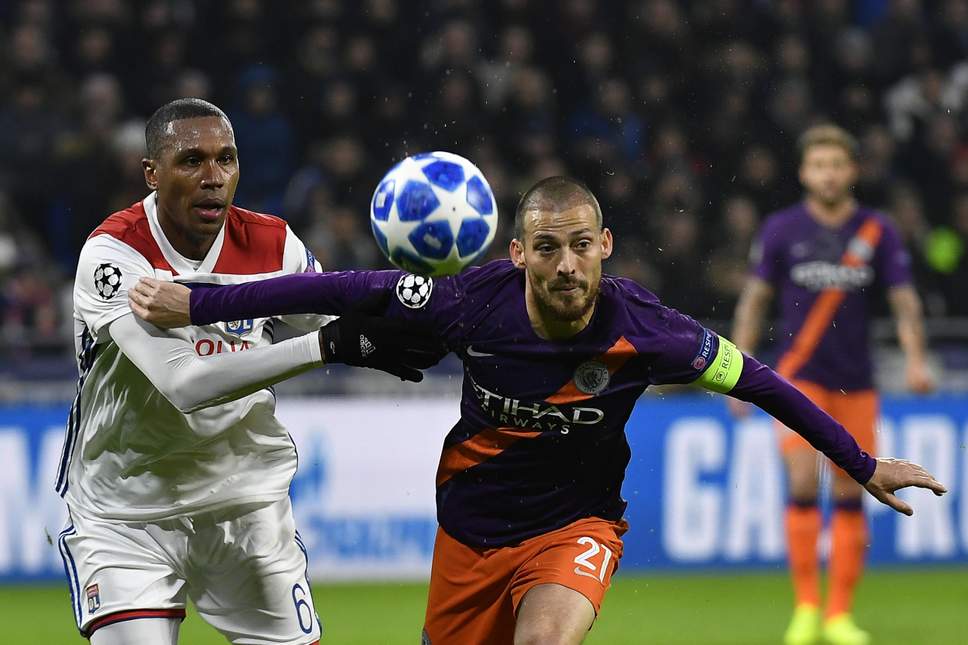 Matchday 5 of UEFA Champions League action opened on Tuesday with a pair of earlier kickoffs. In those matches, Viktoria Plzen topped CSKA Moscow 2-1 thanks to a late Lukas Hejda goal while Ajax topped AEK Athens through a Dusan Tadic brace.

Marouane Fellaini came to Mourinho’s rescue once again as his late winner gave Manchester United all three points over Young Boys. The blue half of Manchester also used a late goal to earn a result as Sergio Aguero’s 83rd minute goal equalized things against Lyon.

Bayern München comfortably handled Benfica in Germany with a 5-1 win. Real Madrid quickly took the lead in the second half against Roma and never looked back as they head back to Spain with a 2-0 win. It wasn’t all victories for Spanish sides on Tuesday as Valencia fell 1-0 to Juventus. Finally, Shakhtar Donetsk grabbed a 92nd minute winner to move past Hoffenheim.

Here’s a closer look at some of Tuesday’s UEFA Champions League action:

Neither side found the back of the net in the first half, but it was Cengiz Ünder who had the best opportunity to give Roma the lead in the 45th minute. Patrik Schick did well to fight off Raphaël Varane before sliding the ball to Ünder. The Turkish international skied the ball over the crossbar forcing the two European giants to head into the halftime break at 0-0.

Gareth Bale quickly broke the deadlock capitalizing on a Roma mistake. Robin Olsen’s poor clarence forced Federico Fazio to make a defensive error leaving the Welshman alone inside the penalty area. The experienced forward made no mistake and gave Los Blancos the lead in the 47th minute.

Lucas Vazquez gave Madrid a 2-0 lead in the 59th minute tapping the ball home from close range. Bale dinked a cross to the far post which saw Karim Benzema knock it down to an unmarked Vazquez who doubled the visitors lead. Despite the loss, Roma clinched a spot in the Round of 16 due to CSKA Moscow’s loss to Viktoria Plzen earlier in the day.

Maxwel Cornet broke the deadlock in the 55th minute with a wonderful curled effort past Ederson to give Lyon the lead early in the second half. Manchester City quickly fired back in the 62nd-minute with a goal of their own. Aymeric Laporte’s headed-effort found the back of the net after bouncing around in the box following a Raheem Sterling free-kick.

Lyon found themselves in front once again through a Cornet goal in the 81st minute. Memphis Depay played him through on goal on this occasion, and Cornet slid the ball between the legs of Ederson to restore the lead for the hosts.

City quickly equalized once again as Sergio Aguero rose highest on another set piece for the visitors. Ryad Mahrez’s corner kick was flicked to the back post from Sergio Aguero and narrowly found the inside of the goal post. Manchester City are through to the Round of 16 while Lyon will need at least a point against Shakhtar Donetsk on Matchday 6.

Arjen Robben grabbed a first half brace in traditional Arjen Robben fashion. The winger cut on to his favored left foot in the 13th minute before beating multiple Benfica defenders and sending the ball into the roof of the goal.

The Dutchman followed that up with another goal in 30th minute once again cutting the ball onto his left foot and patiently waiting for an opening before firing past Odisseas Vladchodimos for a second time on the day.

Robert Lewandowski put his ariel dominance on display giving his side a three-goal lead in the 36th minute heading home a Joshua Kimmich cross. Those two connected on a similar play in the 51st minute as Lewandowski once again rose highest to meet Kimmich’s cross.

Sandwiched in between the Polish international’s goals was Benfica’s lone goal on the night scored by Gedson Fernandes. Frank Ribery gave the hosts their fifth of the night in the 76th minute. The German champions have booked their visit to the Round of 16 but still have first place in the group to play for as they travel to Ajax for Matchday 6.