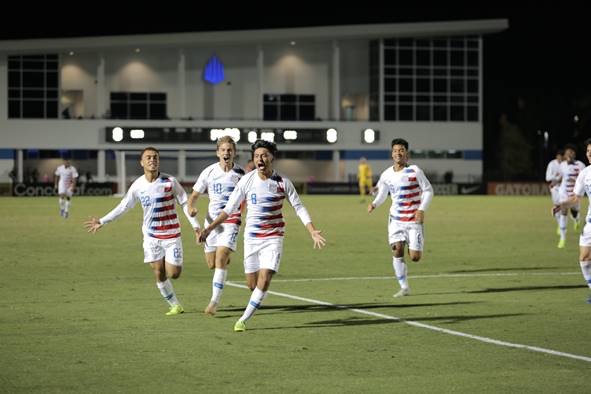 Following a perfect record in the group stage of the 2018 Concacaf Championship, the U.S. U-20 Men’s National Team had its eyes set on a strong start in Friday’s second stage.

Tab Ramos’ side showed zero signs of slowing down with a 4-0 win over Costa Rica in Bradenton, clinching a spot in the 2019 FIFA World Cup.

Alex Mendez fires from 30 yards away to give the 🇺🇸 a 1-0 lead vs. 🇨🇷! pic.twitter.com/BKgoXTFlvT

Ulysses Llanez doubled the hosts lead later in the half, creating space for a shot which found the bottom-left corner.

Early in the second-half, Juan Pablo Torres added to the lead in the 49th minute. The midfielder snuck a right-footed shot in to extend the U.S.’ lead.

Ayo Akinola capped the final score at 4-0, heading home from a set piece later in the half.

Poland next summer? Book it! ✈️

The 2019 U-20 @FIFAWorldCup awaits! pic.twitter.com/qYQEevoH1N

The team will now aim for a place in the Concacaf Championship Final as they face Honduras on Nov. 19th.