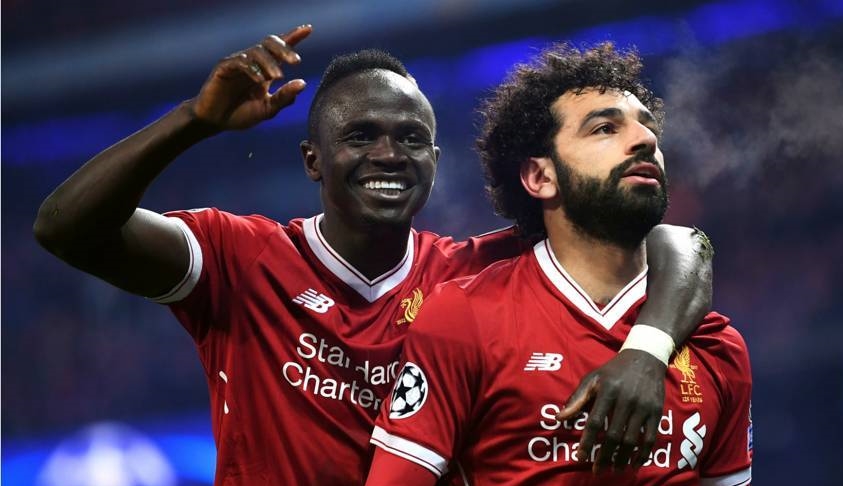 The UEFA Champions League is back this week with some marquee matches headlining the action. Several teams will seek victories to book a place in the knockout stage, while others look to remain in the fight until the final matchday.

Two of Europe’s top attacking fronts will do battle on Wednesday as Paris Saint-Germain tries to exact revenge against EPL giant Liverpool. The Reds downed PSG at Anfield back on Matchday 2, by a scoreline of 3-2, with Roberto Firmino scoring the winner. The Ligue 1 giants know a win will put them in good position to top the group.

Cristiano Ronaldo and Juventus host Valencia in Turin seeking to bounce back from a Matchday 4 defeat. Manchester United hosts Young Boys at the Theater of Dreams, while Real Madrid faces AS Roma.

Injuries of Note: Both Kylian Mbappe and Neymar are expected to feature for PSG after battling knocks from international duty. Joe Gomez missed Liverpool’s win over Watford last weekend but should be back to fitness for the clash. Adam Lallana and Alex Oxlade-Chamberlain remain out for the Reds.

Key to the Match: The first leg saw a back-and-forth affair but both teams will need to be more defensive if they want a win this time around. PSG and Liverpool both love to get after teams on the wing, so look for them to work the ball in the middle of the field against one another.

Player to Watch: PSG striker Edinson Cavani has scored four goals in his last two matches and will be important if Neymar and Mbappe are limited. His physicality should be a nice battle for Liverpool defender Virgil Van Dijk.

Quote: “I think that Neymar and Kylian will feature but I cannot be sure,” said PSG boss Thomas Tuchel. “I am very optimistic because they trained individually on Saturday and I hope that they will be able to train collectively on Monday.”

Injuries of Note: Moussa Dembele is out for Spurs as he continues to deal with an ankle injury. Danny Rose and Kieran Trippier are both unlikely while Davinson Sanchez is also out. Inter fullback Sime Vrsaljko is hopeful to return against the London hosts.

Key to the Match: After Tottenham rolled past Chelsea on Saturday, the hosts will need to get after their Italian counterparts on Wednesday. The wingbacks for Spurs will need to get up the field and provide service into the box. Inter need to provide a threat early for a chance at three points.

Player to Watch: Tottenham playmaker Dele Alli has the ability to flip a match on its head and will need to be creative against a stubborn Inter midfield. He is coming into this match on good form.

Quote: “Dele’s been struggling with injuries, even at the World Cup he had a little injury, and then this season,” Tottenham midfielder Eric Dier said. “He’s reaching his best form again. He’s looking in fantastic shape again and hopefully he can continue to do what he’s been doing for Tottenham since he’s been here.”

Injuries of Note: Bernardo Silva is injured for the Premier League leaders while Gabriel Jesus and Ilkay Gundogan are not fully fit. Kevin De Bruyne, Benjamin Mendy, and Claudio Bravo are sidelined. Lyon’s major doubt is Nabil Fekir who will need to pass a fitness test.

Key to the Match: Manchester City was outplayed in its Matchday 1 loss to Lyon but have been a roll since. Wing play is huge for Pep Guardiola’s side and will need to wreak havoc against Lyon. The Ligue 1 side will need to stand firm against City while also making the most of their offensive chances.

Player to Watch: Leroy Sane is coming off a brace this weekend and is on great form this season. The German international should have a good showing against a quieted Lyon backline.

Quote: “For the people who don’t love us too much, who use money as an argument, then we have failed if we don’t win the Champions League,” Guardiola said. “For the others, especially our fans who say they enjoy watching our games and enjoy what we are doing, I’m pretty sure they won’t have regrets about what these guys have been doing every three days for the last 15 months.”

Injuries of Note: Javier Pastore, Daniele De Rossi, and Diego Perotti are all out for Roma. Lorenzo Pellegrini and Robin Olsen both picked up knocks this past weekend in a 1-0 league loss to Udinese. Los Blancos are fully healthy heading into the match.

Key to the Match: Real Madrid was outclassed by Eibar over the weekend and will need to show some heart in Rome. Los Blancos need to be aggressive offensively while keeping Roma pinned back for majority of the match. Roma can expose Madrid on the wings but need to be strong in possession to do so.

Player to Watch: Roma striker Edin Dzeko has five goals in four appearances this Champions League, which is tied for the most with Lionel Messi.

Quote: “We will have to take to the field like men before we do as players but we don’t lack the desire to win,” Roma wingback Aleksandar Kolarov said. “We know that we aren’t going through a good moment but as I said, these are the times when you must step up as men and not players.”

Here’s all of this weeks UCL action: