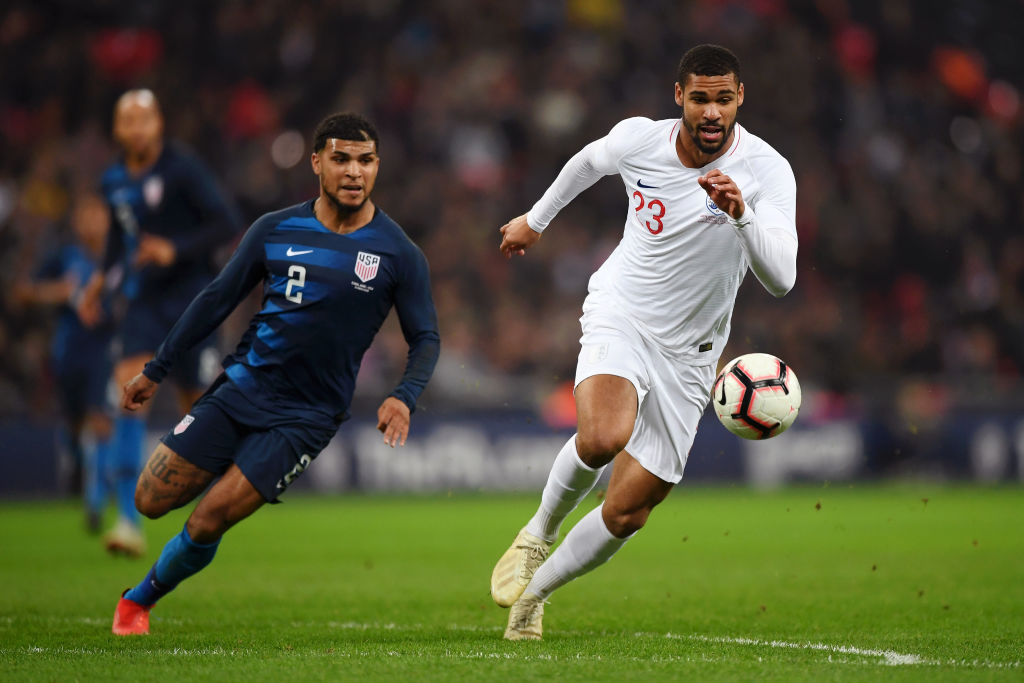 2018 has been a year filled with ups-and-downs for the U.S. Men’s National Team, who have begun the rebuilding process ahead of what will be a busy year of meaningful matches and competitions. Still, the main hope in Tuesday’s friendly with Italy is to grab a positive result against one of the world’s more familiar teams.

Unlike many of their other matches this Fall, the USMNT will face a team who like them, are rebuilding for the future and are coming off failure in regards to World Cup qualifying. It will be an intriguing showdown between youthful rosters who will aim to continue their development while also aiming for one last impression on their respective coaching staffs.

“From each set of games, I’ve seen progress even though the performances may be underwhelming at times,” Sarachan said in a press conference. “You can still learn from success and failure, and I think as not only individuals but as a team we’ve learned a lot.”

“We’ve had a lot of challenging fixtures for this young team” Sarachan continued. “On the outside, people get caught up with results but on the inside I feel good about the progress on a lot of individuals as they continue to prepare for 2019. So the good and bad, success and failure is really all apart of the plan. For a lot of these guys, this experience will go a long way.”

Following their 3-0 defeat to England, it would be shocking to see a lot of the same guys stating in Genk against Italy. With MLS Cup Playoffs resuming for some of these players as they return from international duty, the goal will be to keep those players injury free. Also, with several players trying to get back into Sarachan’s starting XI, the importance of getting those last minutes in 2018 will be crucial.

Several players have already left the camp due to injuries, which opens up doors for other players to step in. Weston McKennie, Kenny Saief, and Luca De La Torre all have left the squad which could see some of last Thursday’s in-actives get onto the pitch at Harmelin Arena.

“All 23 guys are available for selection,” Sarachan said. “Josh [Sargent] was day-to-day but has had some good training and is ready for game minutes. Throughout all of these matches, we’ve usually made it hard for every team in some way or another, whether it’s tackling, breaking up passes, or something else. I think the England game we lost that.”

“We’ve talked about being more of a risk-taking team, being more aggressive,” Sarachan continued. “Obviously the goal is still to play better soccer, to have better possession and keep the ball when we have it. But we also want to make it difficult for Italy and not allow them to expose us.”

For the USMNT to be successful on Thursday, they will need to be better in all areas on the pitch against a technically strong Italian side. The team’s most skillful weapon, Christian Pulisic, was unable to score from point blank range against the Three Lions while Timothy Weah and Bobby Wood were ineffective.

Weston McKennie and Wil Trapp did not have the performances they are used to, while Tyler Adams was reduced to a short cameo off the bench. The backline was stretched by a pesky England attack, and will try to be more physical against an Italian side missing several key starters. Overall, it will be tough for the USMNT to play a perfect game against the European giants, but steps in the right direction is the best way to end 2018 on a high.

“We expect a strong Italian side,” midfielder Tyler Adams said. “They’ve had some big games coming into this where they may have gotten the results they would’ve wanted. A lot of their young guys will want to prove a point as well, so for us it’s just another benchmark game and we will try to fix the things that went wrong against England.”

“There’s going to be some changes in the squad, so the goal will be just to continue the chemistry between everyone. Every game this year we’ve tried to continue our growth as a team and I’ve felt we’ve done that. It will be an exciting opportunity to play Italy in Belgium.”