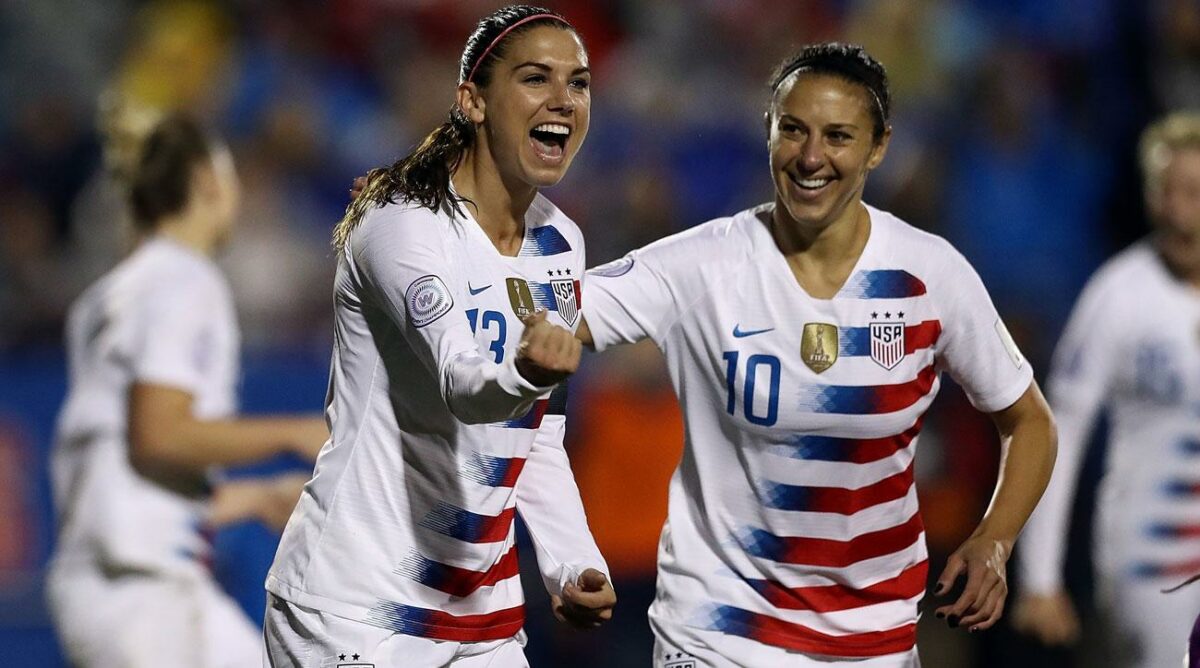 For the U.S. Women’s National Team, their hopes of making it the entire calendar year of 2018 unbeaten became a reality on Tuesday afternoon.

Jill Ellis’ side used a first-half goal from Alex Morgan to down fellow World Cup qualifiers Scotland 1-0 at St. Mirren Park to cap off a perfect year.

A whipped cross by Mallory Pugh in the 39th minute found Morgan who finished home with a superb volley. It was Morgan’s 98 international goal for the National Team.

Carli Lloyd had a good chance to double the USWNT’s lead early in the second-half but was unable to score from the penalty spot. After Pugh was brought down, Lloyd rifled the spot kick off of the crossbar and behind which kept the hosts in the match.

Ashlyn Harris was rarely tested but came up big in the 80th minute when she repelled Lana Clelland’s left-footed shot.

Harris made two saves in the match, as the U.S. posted their ninth consecutive shutout. They will take an 883-minute shutout streak into 2019.

Several regular started on Tuesday with Lloyd, Morgan, and Pugh leading the attack. Julie Ertz, Rose Lavelle, and Crystal Dunn headlined the midfield while Emily Fox and Emily Sonnett featured in the backline.

Danielle Colaprico and Jessica McDonald continued their growth on the international level, making appearances off the bench. Allie Long also came off the bench late, replacing the goalscorer Morgan.

The USWNT now heads into a lengthy break before continuing preparation for the 2019 FIFA Women’s World Cup.