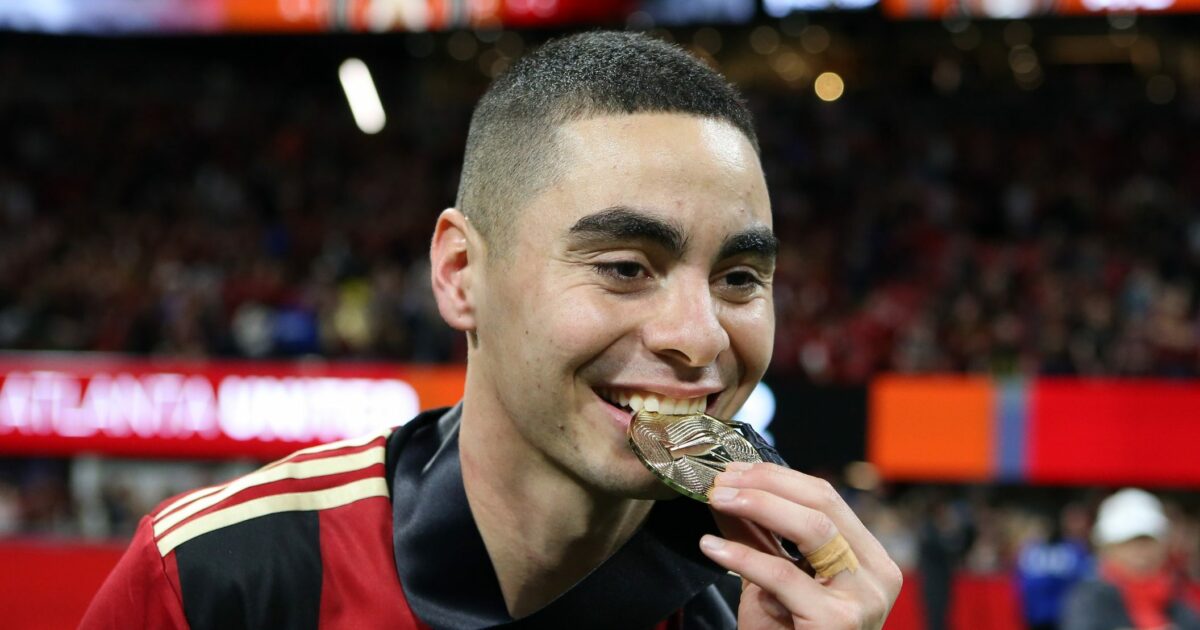 Atlanta United captured its first MLS Cup trophy on Saturday night with a 2-0 victory over the Portland Timbers, and afterwards plenty of the talk circled around Almiron’s future. The 24-year-old playmaker has been the subject of several rumors linking him with a move to Europe, which is a stated goal of his, but Almiron insisted he didn’t know anything about the rumors, or a potential move, when asked about it repeatedly during the team’s post-game celebration.

At one point, Almiron even went so far as to say he would return to Atlanta United in 2019.

“I’ll be back here for preseason,” said Almiron. “I don’t know anything (with regards to the rumors). I’m going to enjoy this. I’m going to go to Paraguay and enjoy this with friends and family.”

Almiron may very well be planning to join up with Atlanta again next year, but he also could have been downplaying the uncertainty surrounding his future because it may not yet be known. After all, recent reports suggesting he was set to join Newcastle United this winter were shot down, both by media and by Magpies manager Rafael Benitez, who said no offer had been made.

Still, Saturday night’s game at Mercedes-Benz Stadium felt like a potential farewell for Almiron, especially when he exited the match in the 90th minute. The Paraguayan international was substituted as Atlanta United tried to kill off the clock and he received a loud ovation from the crowd of 73,019 while walking off the field slowly and clapping back towards them in appreciation.

“Whatever happens with Miguel, we wish him the best,” said Atlanta United goalkeeper Brad Guzan. “He’s been a fantastic servant of this club, of this city. He deserves everything that he’s going to get moving forward in his career on an individual basis.

“I couldn’t be happier for him, if this is the end for him, to be able to send him off as a champion.”

If Almiron does end up making a move away from Atlanta United during the winter transfer window, Atlanta United will be losing one of its key attackers and playmaker. The speedy midfielder has been one of MLS’s best players over the past two seasons, amassing 22 goals and 30 assists in both the regular season and playoffs. He also finished second behind teammate Josef Martinez in voting for this year’s Landon Donovan MLS MVP award.

One of Almiron’s assists came on Saturday, as he dished out the secondary pass that helped set up Franco Escobar’s insurance goal in the 54th minute. The play gave Atlanta United a healthier advantage, one that the club would hold onto en route to lifting its first piece of silverware amid a downpour of confetti and adoration from the passionate fans.

“When I got to Atlanta I didn’t think we would achieve all of this,” said Almiron. “It’s been lovely what I experienced here, what I am experiencing, more so because of the fans. I think you can feel their support so I thank them for that.”