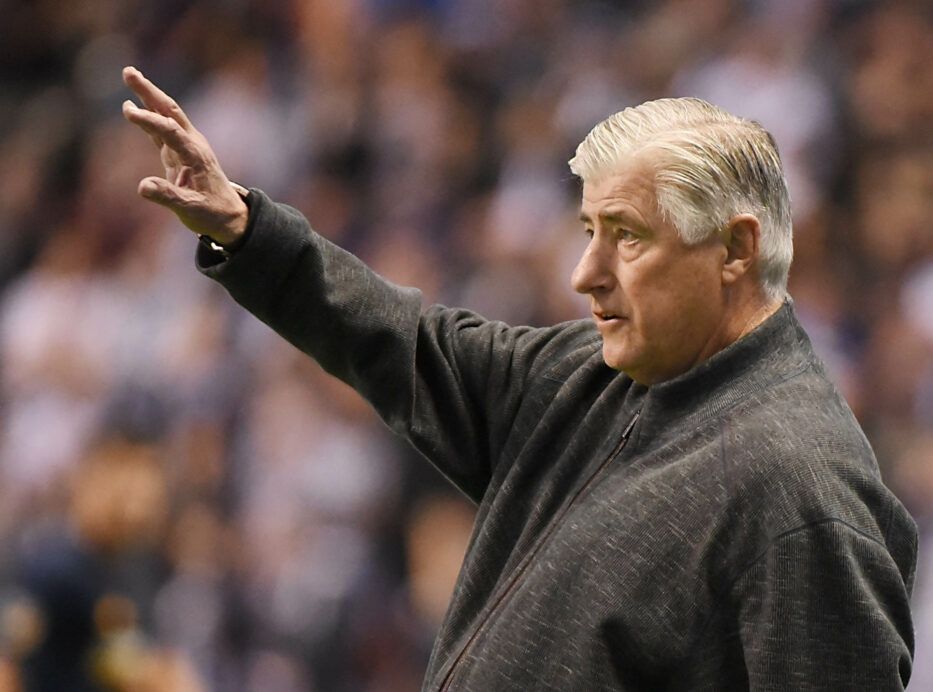 Sigi Schmid was an American soccer icon that was adored by many in the sport.

He passed away on Tuesday at Ronald Reagan UCLA Medical Center where he was hospitalized for three weeks while he waited for a heart transplant.

Schmid was Major League Soccer’s all-time winningest head coach with 266 total wins with the LA Galaxy, Columbus Crew, and Seattle Sounders. Schmid returned to the Galaxy in 2017 but resigned in September with just six games left in the regular season.

Prior to arriving in MLS, he coached for UCLA for 19 seasons and led the Bruins to three national titles.

Those around the league took to Twitter to share their memories and pay their respects to Schmid:

As a player, then a coach, Jason Kreis went up against Schmid often. He paid respects in this tweet on Wednesday.

Sigi Schmid was an amazing coach, a terrific man, a mentor, a great example, and someone who would always lend an ear in a time of need. This is devastating news. You will be missed Herr Schmid!

Major League Soccer is devastated by the news of the passing of Sigi Schmid. Sigi will go down as one of the leading figures in the history of our league. https://t.co/xki3MDQ5Ka

Tony Meola was the goalkeeper and captain of the 1994 USMNT squad that hosted that year’s tournament.

Terribly saddened to hear the news of Sigi Schmid passing. I met Sigi in ‘87 as an opposing coach. He later became my coach, then my colleague and then a mentor and most importantly my friend. Always had time and knowledge to share. Thank you Sigi for your friendship. -RIP

Schmid coached Robbie Rogers during his time with the Columbus Crew and the LA Galaxy.

Sigi was really the most influential person in my professional career. I will miss him. A huge loss to @ussoccer and his family who I love.

Former players who transitioned into the media ranks took the time to pay their tributes.

Jimmy Conrad played for Schmid at UCLA and was a member of the Bruins’ 1997 national championship team.

I remember going to watch UCLA games when I was a kid and dreaming of playing for them and for Sigi Schmid.

So when it actually happened and Sigi trusted me to do right by him on the field, it meant everything to me because I looked up to him so much.

Sigi Schmid…. on the field, a visionary and pioneer & his influence on the sport in the usa will be felt for many years to come. off the field, a gentleman and soccer savant… you’ll struggle to find many that loved it more.

When I talk about our American soccer culture, it’s with the respect and recognition that it’s been built by people like Sigi Schmid. I, and so many others, benifitted from his work and influence. He helped change and grow the game and made it better at every level. #ThankYouSigi

Played for, played against and worked with Sigi Schmid since 1998. He loved his craft and loved the sport of soccer and was very successful while doing so. My heart goes out to his family in this difficult time. RIP Sigi #MLS

Coach Sigi Schmid: An amazing family man, a fantastic coach, a pioneer of soccer in the United States. We all will miss you very, very much SIGI ! All our prayers and thoughts are with the Schmid family and closed ones:https://t.co/xdfQPki6vy

Very saddened to hear the news of the passing of my friend and respected rival Sigi Schmid. He gave so much to the game but he’d be first to say the game gave him more. A true soccer legend. My thoughts go out to his loving family. RIP Sigi.

Saddened to hear the news of the passing of Sigi Schmid. Was a great man who’s legacy will carry on through the beautiful game he helped build here in the US! Thoughts and prayers go out to his family!

Incredibly saddened by the loss of Sigi Schmid. It was a pleasure to play for such a legend in the sport. I will always be thankful for the opportunity he gave me. RIP, Coach.

Saddened to hear about the passing of Sigi Schmid. My thoughts and prayers are with his family during this difficult time. #RIPSigi ??

Very saddened by this news. My prayers go out to the whole Schmid family. Sigi gave me my start as a professional and was so influential in my career and the careers of so many others. But more importantly he was a great person. RIP Coach, thank you for everything https://t.co/vgIHxoSq8L

Losses affect you in different ways. This one hurts tremendously. Really can’t believe it. So influential to me and really was the reason I am here today. Thank you. https://t.co/25CT8YHgxA

RIP Sigi Schmid. You saw something in me and gave me a chance, I’m thankful to have known you. More importantly you gave so much to soccer in America. You will be missed.

Deeply saddened to hear about Sigi Schmid’s passing. His accomplishments and successes pushed our sport forward and he will be truly missed. Thoughts and prayers with the family. RIP Sigi. ??

Saddened by the news about Sigi Schmid. One of the first coaches I had the privilege of speaking too when I came into the league. Thoughts and prayers are with the family ??

RIP Sigi Schmid. My thoughts go out to his family during this difficult time.

So sad 2hear the news about Sigi. A true pioneer of American soccer, fantastic coach, friend and all around great man. There’s so many that carved out amazing careers on/off the pitch because of this man. He believed in me & gave me my shot. Thoughts & prayers 2 the Schmid family

Very sad and devastated for this news. Sigi was a great coach and even better person.He was like a father to me,he believed in me,trusted me and stuck with me for many years. His legacy will always be present, my condolences go to the whole Schmid family.Thankscoach foreverything pic.twitter.com/XZxAsCABd3