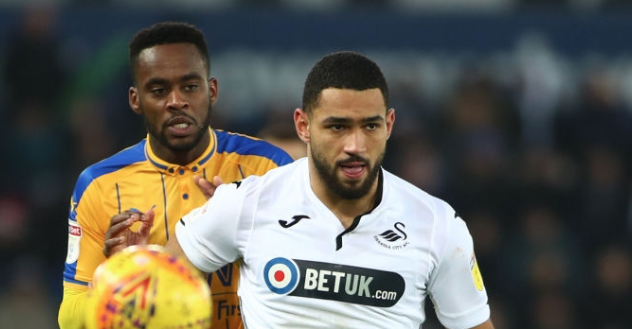 A busy period in the EFL Championship could see a lot of squads rotated with matches coming thick and fast. Swansea City however has stayed with U.S. Men’s National Team centerback Cameron Carter-Vickers this week, with the 20-year-old making his second start in four days on Saturday.

The Swans fought back from a two-goal first-half deficit to earn a point at the Liberty Stadium in a 2-2 draw against rivals Wigan Athletic on Saturday. Carter-Vickers made his 10th appearance of the season for Graham Potter, having a strong afternoon in the backline. His 10 clearances were the most by any player on either team, while he finished with a 91% passing completion rate.

After making five appearances from September to November, Carter-Vickers has made five through the month of December and could very well be keeping a starting role into the new year.

Elsewhere, DeAndre Yedlin helped Newcastle United hang onto a point at Watford while Tim Ream got the nod for Fulham in their home victory. Emerson Hyndman could not help Hibernian to a Edinburgh Derby result against Hearts. Duane Holmes made a short cameo in Derby County’s comeback win over Norwich City.

Luca De La Torre did not dress for Fulham.

Danny Williams did not play due to injury. (Approx. 10 weeks)

Eric Lichaj came off the bench and played 16 minutes in Hull City’s 2-0 win over Leeds United on Saturday.

Duane Holmes came off the bench and played 12 minutes in Derby County’s 4-3 win over Norwich City on Saturday.

Geoff Cameron did not dress in QPR’s 0-0 draw with Reading on Saturday. (Injury)

Antonee Robinson did not play due to injury. (Approx. 4-6 weeks.)

Emerson Hyndman came off the bench and played 28 minutes in Hibernian’s 1-0 loss to Hearts on Saturday.

Kevin Silva did not dress in Raith Rovers 2-1 loss to East Fife on Saturday.

Keaton Parks did not dress in Benfica’s 1-1 draw with Aves on Friday.