Are the LA Galaxy closing in on Caleb Porter as their new coach? 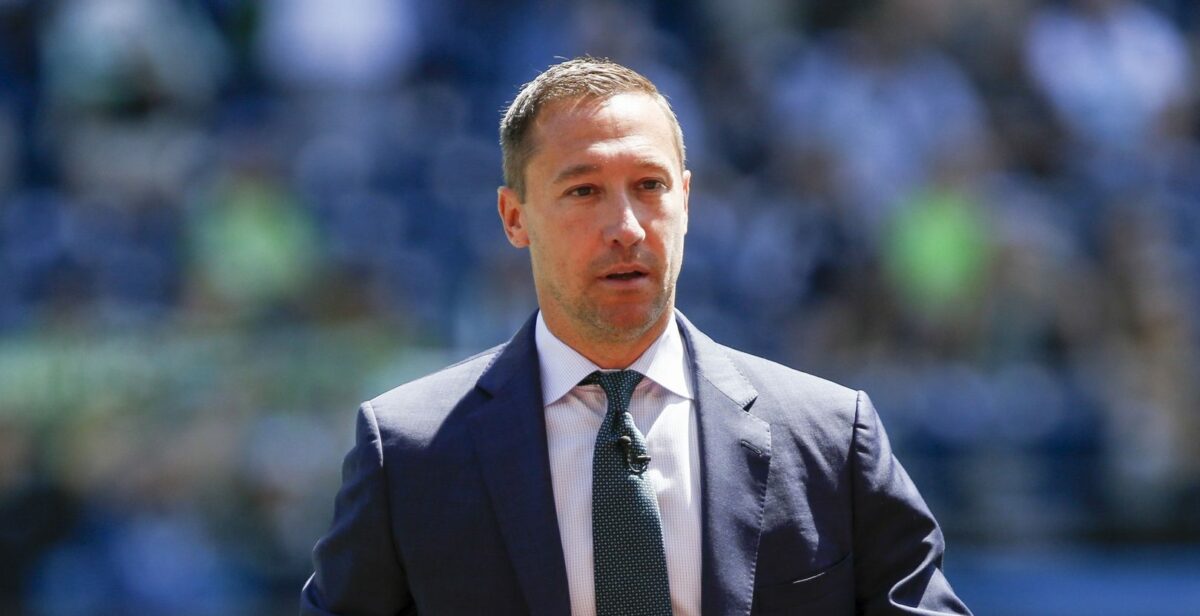 The LA Galaxy have yet to make a decision their head coach position, but Monday night offered some evidence that a hire might be in the works.

Former Portland Timbers coach Caleb Porter was spotted courtside at the LA Lakers NBA game on Monday, and he was sitting with Galaxy officials, including team president (and former Porter college roommate) Chris Klein. The very public outing would seem to suggest that the Galaxy are at the very least considering Porter for their head coaching position.

Porter left the Timbers after the 2017 season to take time off, but he has already begun interview for jobs, and has been linked with the Columbus Crew as well as FC Cincinnati.

The Galaxy formally announced the hiring of new general manager Dennis te Kloese on Friday, and while there have been reports suggesting interim coach Dom Kinnear might be considered for the position, the Porter sighting seems to suggest that, at the very least, the Galaxy are weighing options.

There have been rumblings that Zlatan Ibrahimovic preferred that Kinnear remain as the team’s head coach, but that scenario is starting to look less likely, especially with Porter now in the frame.

Porter led the Timbers to the 2015 MLS Cup title, and his name was mentioned as a possible contender for the Galaxy job before the 2017 season, though his contract with the Timbers at the time would have made joining the Galaxy virtually impossible.

Now that he is unattached to any club, Porter is free to speak to the Galaxy, or any other club interested in his services. It is a safe bet that, if Porter has his choice of current MLS job openings, the Galaxy would be his top pick.

Porter has a natural connection to Klein, as the two were teammates and close friends at Indiana University. Though Te Kloese was hired to handle the rebuilding of the squad, it appears that Klein is still leading the way in the coaching search.

A Yahoo report identified Jason Kreis as another potential candidate to take over the Galaxy, though the same report was eventually updated with a more likely scenario of Kreis coming on as an assistant to Kinnear.

Based on Monday’s sighting of Porter and Klein together, it appears the Galaxy could soon have another MLS Cup-winning coach in charge of the club in the very near future.