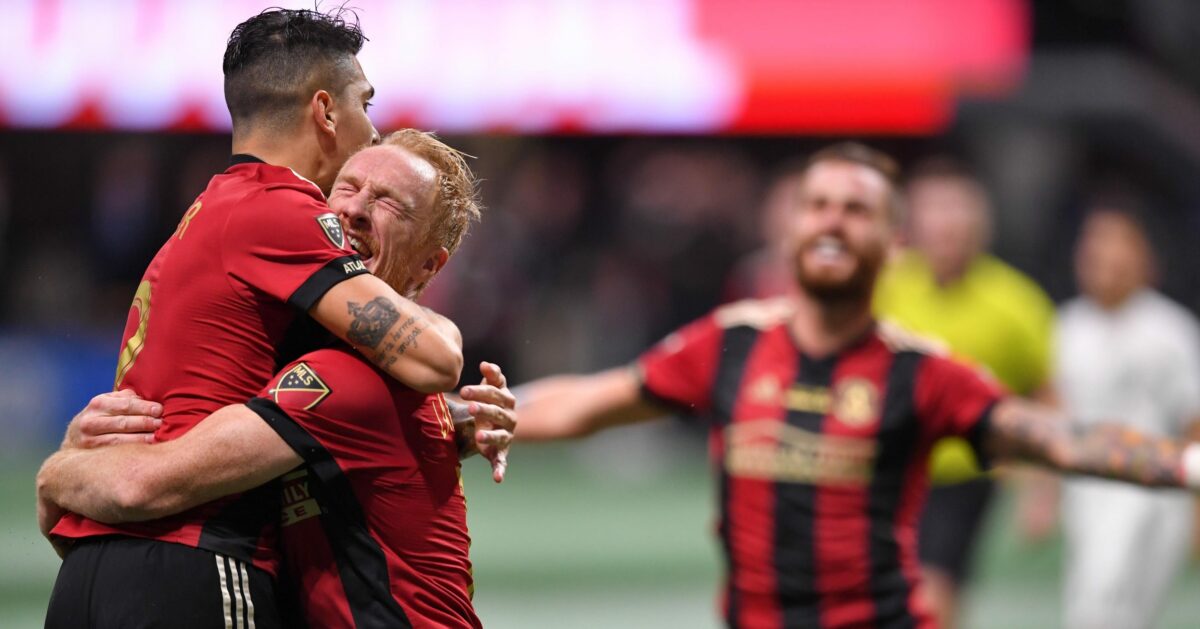 ATLANTA — For Atlanta United, the dream of lifting an MLS Cup in their second professional season became a reality on Saturday night. The second-year club concluded a dominant 2018 by lifting the first trophy in club history, with a 2-0 victory over the Portland Timbers.

Star striker and 2018 MLS MVP Josef Martinez was amongst the goals again, scoring the first and assisting on the Five Stripes second in a dominant home performance.

After a quiet opening few minutes, things got interesting with Martinez being the center of attention.

Atlanta fans begged for VAR in the 15th minute, when Josef Martinez was bundled over by Larrys Mabiala. However, referee Alan Kelly thought there was minimal contact and waved play on.

Miguel Almiron’s scissor-kick in the 29th minute forced a save out of Jeff Attinella who repelled the Paraguayan’s effort out for a corner.

Atlanta’s pressure paid off in the 39th minute, with their leading goalscorer adding to his sensational season. Martinez picked up a loose ball and rounded Attinella to break the deadlock at Mercedes-Benz Stadium. It was the Venezuelan’s 35th goal in all competitions this season.

Jeremy Ebobisse came close to equalizing in the ensuing minute, but Brad Guzan’s quick reflexes repelled the forward’s header away.

The Five Stripes would double their advantage in the 54th minute, with an unlikely figure finding the back of the net. Franco Escobar’s right-footed finish made it 2-0 after Martinez’s flicked-on header hit the right back in stride. A great free kick in by Almiron found the open forward who flicked behind the Timbers backline to a streaking Escobar.

Guzan kept the clean sheet intact with a nice two-handed save on Sebastian Blanco’s shot in the 63rd minute.

However, despite a trio of second-half substitutions, the Timbers failed to break down the Five Stripes backline as Tata Martino’s side claimed the 2018 MLS Cup in front of a rocking 73,019 fans.

It truly was the storybook ending for Atlanta who ultimately will see Martino depart for the Mexican National Team, with plenty of others possibly on the move as well. However, for Portland it was a poor performance as they never truly got into the match and looked shaky for majority of the match.

Saturday’s result marked the second-fastest title victory since the Chicago Fire lifted MLS Cup in their inaugural season back in 1998.