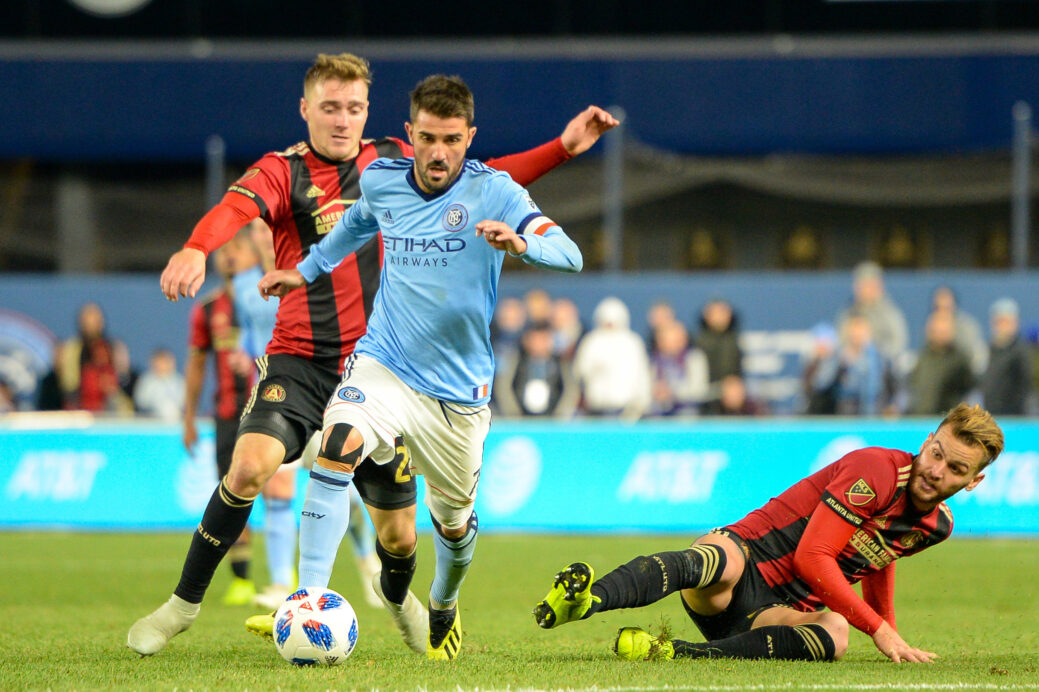 David Villa is set for a new adventure and a reunion with an old friend and Barcelona teammate.

Just days after leaving New York City FC, the 36-year-old forward announced on his social media that he will join Vissel Kobe of Japan’s J.League next season. He’ll join former Barca and Spain teammate Andres Iniesta there along with German forward Lukas Podolski.

Villa was the first-ever player signed by NYCFC during the summer of 2014. He scored 80 goals in 126 appearances during his four years in New York City and won the 2016 MLS Most Valuable Player award after a 24-goal season in 2016. He also earned a recall to the Spanish National Team in 2017, his first call-up to the national side since 2014.

During their time playing together at Barcelona, Iniesta and Villa won La Liga twice, the Champions League, the Copa Del Rey, a UEFA Super Cup, and a FIFA Club World Cup.

With Spain, they won the European Championship and the 2010 FIFA World Cup.

Villa becomes the third former Spanish international to find his way to Japan, joining Iniesta and Fernando Torres who plays for Sagan Tosu.

Vissel Kobe finished 10th in the J.League standings this year, ending their season with a 3-2 win over Vegalta Sendai. Iniesta scored in the 53rd minute in the win.