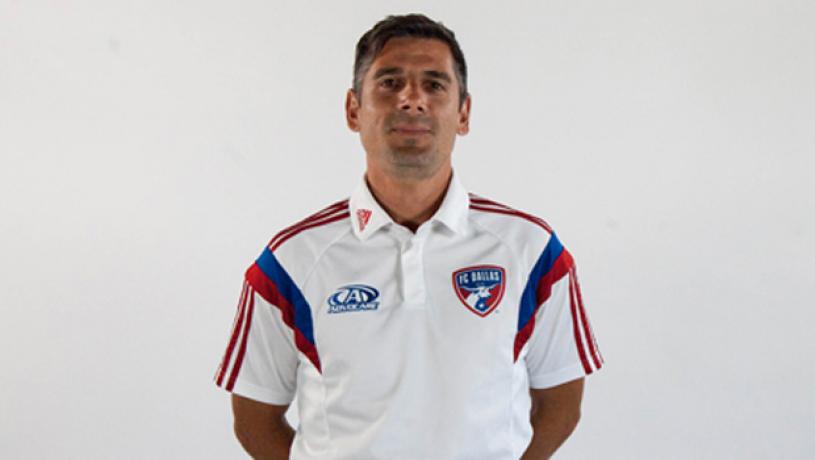 FC Dallas has decided to hire from within as they named their new head coach on Sunday afternoon.

“Luchi is an outstanding teacher, a smart tactician and has a keen understanding of what it takes to build a successful team,” said FC Dallas Chairman and CEO Clark Hunt. “We are excited about his passion for FC Dallas and his vision for the future of the club. Luchi had championship success with our Academy and we’re confident he will build on that as a head coach in MLS.”

Gonzalez, 38, will be the second youngest head coach once the 2019 MLS season begins next March. He has spent the last three seasons as academy director and head coach of the U-16 academy team. 2016 saw Gonzalez lead the U-16’s to their second straight U.S. Soccer Development Academy National Championship.

He has also coached the U-18 academy side and helped the team sign 15 homegrown players including Kellyn Acosta and Reggie Cannon.

“Since joining FC Dallas, Luchi has proven himself to be a championship-caliber coach within our Academy who has incredible knowledge of the game on every level,” said FC Dallas President Dan Hunt. “During our exhaustive head coaching search, it was clear that his philosophical approach to the game and love for this organization make him the right choice to guide the future of our first team.”

As a player, Gonzalez won the Mac Hermann trophy at SMU in 2001. He went onto be drafted by the San Jose Earthquakes in the 2002 MLS SuperDraft while also seeing time with the Colorado Rapids from 2005-06.

Dallas will look to bounce back from a disappointing ending to the 2018 campaign, where they were eliminated in the knockout stage of the MLS Cup Playoffs.