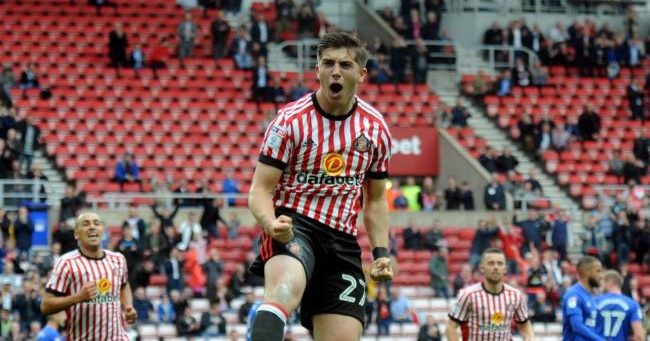 Not many players have been able to put up the consistent numbers that Lynden Gooch has done with Sunderland so far this season. With a strong campaign so far in his back pocket, Gooch is set to sign a new contract with the Black Cats.

The 22-year-old’s current deal is scheduled to expire next summer but Sunderland boss Jack Ross believes the U.S. Men’s National Team midfielder is enjoying his time on Tyneside and is succeeding because of it, which could lead to a new contract soon.

“The dialogue with Lynden as a club has been pretty good,” said Ross. “I would hope there would be positive news in that respect soon. That was probably the one Stewart [Donald] was alluding to. There’s nothing concrete as yet. Lynden is another player that I am close to and he has been terrific for me this season. He genuinely loves this club and he has a real affinity with the club and area.”

“He wants to grow with us, so I will be hopeful that in the near future there will be positive news on him.”

Gooch has been one of the key players for Sunderland this season in England’s third tier. In 18 matches across both the EFL League One and FA Cup, Gooch has six goals and seven assists.

With his production skyrocketing in 2018, Sunderland has reaped the rewards as they currently sit second in League One. Promotion is definitely the goal at hand for Sunderland who suffered back-to-back relegations over the past two seasons.

“Lynden is the one who has surprised me a little, I don’t know if he had injuries last season or through a lack of selection. The number of minutes he has played at this stage of the two seasons is way above, that’s testament to his performance levels. I think he is feeling the benefit of having that consistency of selection.”

Sunderland are back in action on Saturday against Bristol Rovers in league play.