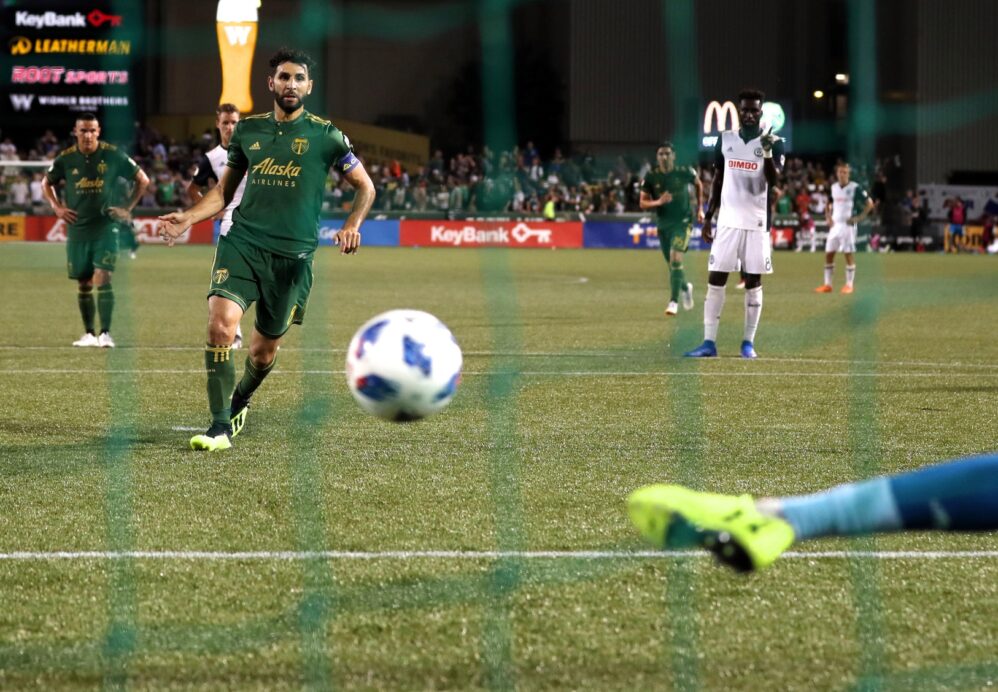 ATLANTA — Plenty of championship games are decided by penalty-kick shootouts. In fact, two of the last four MLS Cups have even been won from the spot.

That still did not convince either of this year’s finalists to practice taking penalties as a team during their final training sessions.

Atlanta United and the Portland Timbers practiced on Friday for the last time before facing off in 2018 MLS Cup Final. Both teams trained at Mercedes-Benz Stadium to get a feel for the field and fine-tune their gameplans ahead of Saturday’s showdown, but neither of them opted to do organized penalty kicks.

As far as the Timbers are concerned, head coach Giovanni Savarese explained the decision to not practice penalties as being a continuation of how he has done things with the team all year.

“We never work on penalty kicks and it’s not something that we’re going to do now,” said Timbers head coach Giovanni Savarese, who spoke prior to the start of his side’s training session. “They can do it on their own if they want to. I have a way of thinking in that stage, but for me it’s not necessary for us to work on that.

“(It’s) different because we have a scout, we do a lot of scouting, we talk to our players what to expect, the players are going to be part of that so we don’t need to practice.”

Atlanta United also did not appear to practice penalties as a team during its earlier practice on Friday, though Miguel Almiron, Hector Villalba, and Ezequiel Barco did take a few kicks from the spot during the final few minutes of training that was open to the public.

They were the only ones, however, and Barco said they did so as part of their own regular routine and not because head coach Gerard ‘Tata’ Martino instructed them to do so.

“No, no,” said Barco when asked if Martino had directed them to finish the session with spot kicks. “We always practice taking penalties, today and always.”