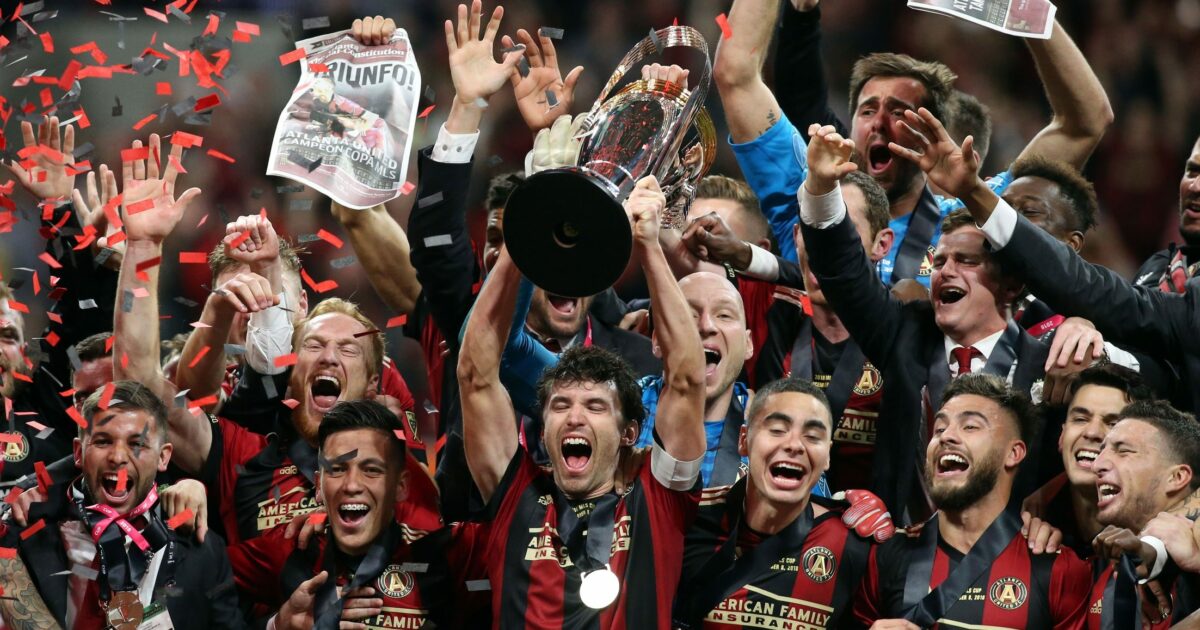 ATLANTA — Many players have made a name for themselves in Major League Soccer. However, failing to win a championship means you have to work that much harder to get noticed on a larger scale.

Atlanta United captain and centerback Michael Parkhurst has been a true professional during his 13-year career in MLS. Saturday night saw the 35-year-old finally hoist an MLS Cup title in his fifth attempt as the Five Stripes downed the Portland Timbers 2-0.

It was the perfect ending for the Five Stripes who now have set the standard for the rest of the teams in Major League Soccer. But for Parkhurst, it’s a feeling that he’s been waiting a very long time to enjoy.

“Exhausted. Physically, emotionally,” Parkhurst said when asked how he felt to finally win it all. “I’m so proud of the group. All playoffs long we stepped up game after game. Tonight, what a performance by the boys. I looked up in like the 93rd minute and I knew it. It was over.”

“A big smile on my face,” Parkhurst continued. “I’ve dreamed of what it felt like to be in the locker room with champagne. I’ve heard it before, you know, from the other locker room and it was worth the wait. It was special to be in there. I can’t wait to party tonight.”

After being questionable all week due to a late ankle injury suffered in New Jersey ten days ago, Parkhurst got the start and helped Atlanta shut down a pesky Timbers attack who was looking to pull the upset at Mercedes-Benz Stadium.

It didn’t go down as an assist but the veteran helped set up Atlanta’s opening goal scored by Josef Martinez. A sliding challenge from behind allowed Parkhurst to poke the ball away from Timbers forward Jeremy Ebobisse. The loose ball then ricocheted to Martinez who rounded Jeff Attinella and gave Atlanta a 1-0 lead.

It was an intriguing set of events, due to the fact Parkhurst normally tries to stay on his feet and outmuscle forwards to the ball. Still, his effort and commitment helped spark the team to what will go down as the most important victory so far in club history.

“We had seen a video that, and Brad had told me even before the game that a lot of times when the striker [Jeremy Ebobisse] checks to the ball he likes to go to his right to play inside of the left foot,” Parkhurst said. “I saw that he was shaping up to do that so I just slid to try and block the pass. Josef did the rest from there, he does what he always does and it ended up in the back of the net.”

With several changes already being talked about for next season, the hope for Atlanta United is to keep the core group of guys together for another run at success. Parkhurst knows he is in the latter stages of his professional career, but hopes to be back with the team in 2019 as they gear up for Concacaf Champions League, MLS, and more.

“I hope I’m back, Parkhurst said. “I’ll find out soon enough, I have an option so we’ll see what happens.”