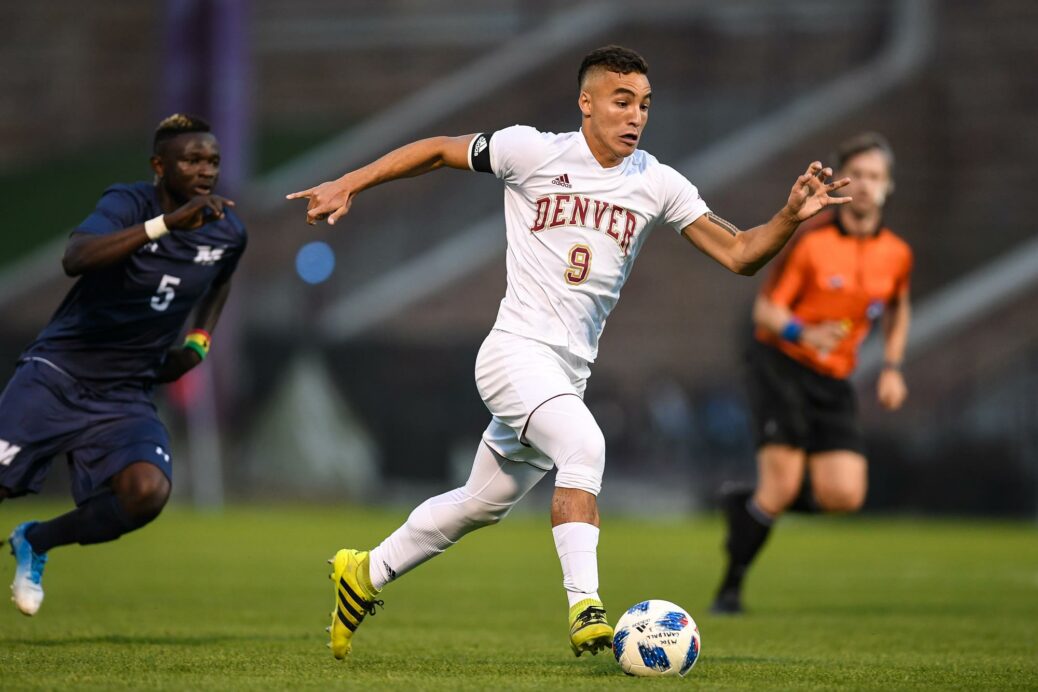 Major League Soccer released its list of invitees to this winter’s player combine following the conclusion of the collegiate season. It includes 60 players from Division I colleges, including five of the semifinalists for the MAC Hermann Award and one current finalist.

Highlighting the list is Denver forward Andre Shinyashiki who is one of three finalists for the Mac Hermann Award, which will be announced on January 4. After totaling 24 goals in his first three collegiate seasons, Shinyashiki has netted 28 in 2018 alone helping Denver to a 15-4-2 record.

Also on there is Air Force’s Tucker Bone, North Carolina’s Alex Comsia, Charlotte’s Callum Montgomery, and Pacific’s Camden Riley who all were Mac Hermann semifinalists. Maryland midfielder Amar Sejdic is fresh from a goalscoring performance in a College Cup win over Akron, while Zips goalkeeper Ben Lundt was on the losing side of that final.

Each of the players invited in this initial run has completed their college eligibility. Additional invitees, including Generation adidas players, those who haven’t finished their NCAA eligibility, and high school players will be announced at a later date.

The full list of invitees can be found on MLSSoccer.com.

The MLS Player Combine will take place from January 3-9 at Orlando City Stadium in Orlando ahead of the MLS SuperDraft on January 11.