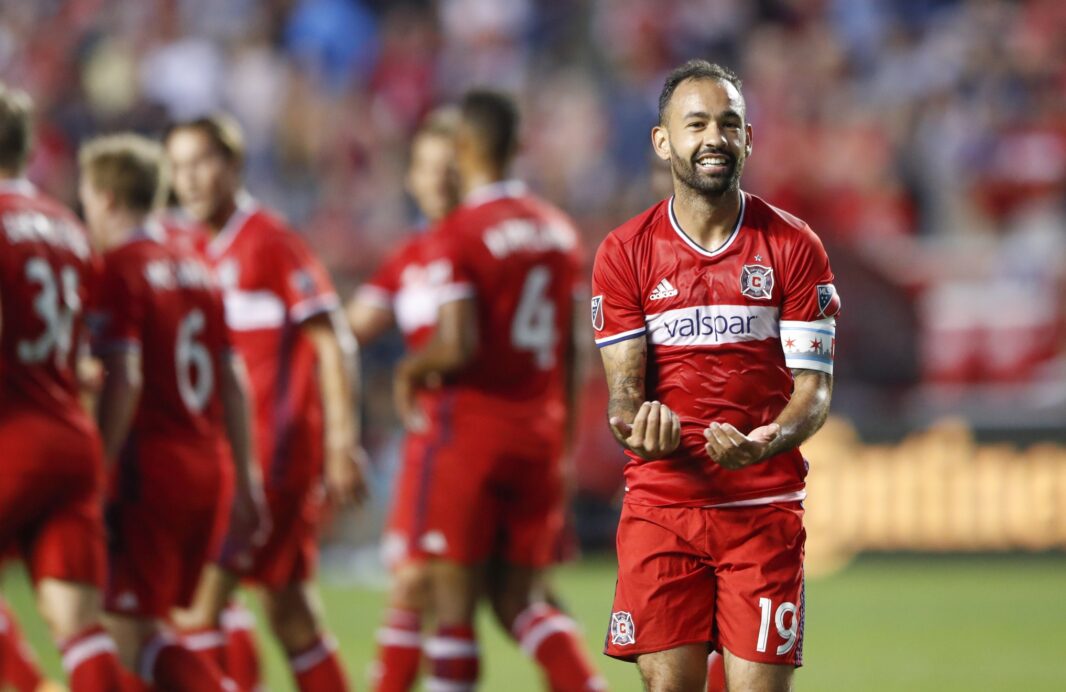 FC Cincinnati made another roster move on Tuesday as it builds toward its first season in MLS.

The 24-year-old spent eight seasons with Young Boys, where he made179 appearances, 31 of those coming in the Champions League or Europa League.

“We are excited to add Leo to our roster,” Head Coach Alan Koch said in a statement. “He’s a skillful player and we believe he is a great fit for our style of play. He comes from a culture of success with Young Boys and we believe he’ll be an important part of our foundation as we instill a winning mentality within our group.”

The Galaxy reached back into their recent history by bringing back midfielder Juninho, who was a mainstay of three championship teams under Bruce Arena.

The Galaxy sent $75,000 in General Allocation Money to the Chicago Fire, who had the right of first refusal to bring the Brazilian back from Club Tijuana.

“I am very excited to welcome back such a talented and well-respected player to our club,” said LA Galaxy General Manager Dennis te Kloese in a statement. “Juninho knows what it means to represent the LA Galaxy and will be a leader on and off the field for our players. He is a valuable addition to our roster.”

After missing all of 2018 with a knee injury, Real Salt Lake announced that it is re-signing veteran defender Tony Beltran.

Beltran injured his ACL, LCL and posterolateral corner and needed surgery to reconstruct his knee. The two-time MLS Cup champion started 21 games in 2017 before the injury on Oct. 15.

“Tony is part of the fiber of this club,” RSL General Manager Craig Waibel said in a statement. “Even as our roster evolves with a young core in place, it’s important to have players like Tony who are more than capable in their positions and excellent leaders in the locker room as well.”

“Luiz is a great addition for us and we welcome him to the Club,” Orlando City SC CEO Alex Leitão said in a statement. “He brings a wealth of American Soccer knowledge with strong connections in South America to take us to the next levels.

“With this move, Luiz will have full autonomy as the head of soccer operations to make decisions not only related to player scouting and management, but also to build culture and mentality fitting for his vision of our club,” Leitao said.

The 22-year-old contributed five assists in 28 appearances in 2018.

“Auro showed in 2018 that he’s a very capable two-way player and an important part of our team,” Toronto FC senior vice president of soccer operations and general manager Tim Bezbatchenko said in a statement. “Auro is an attacking threat on the wing who also puts in solid defensive work. We are excited to get this deal done and ensure Auro is a Toronto FC player as we continue to shape our roster for the 2019 season.”

Toronto FC II made history by signing 14-year-old forward Jahkeele Marshall-Rutty to a USL contract, making him the youngest player signed in USL League One.

Marshall-Rutty is the 42nd academy player signed by Toronto and is the club’s youngest ever signing.

In 12 games in the U.S. Soccer Development Academy’s U-15 season Marshall-Rutty has scored 20 goals.