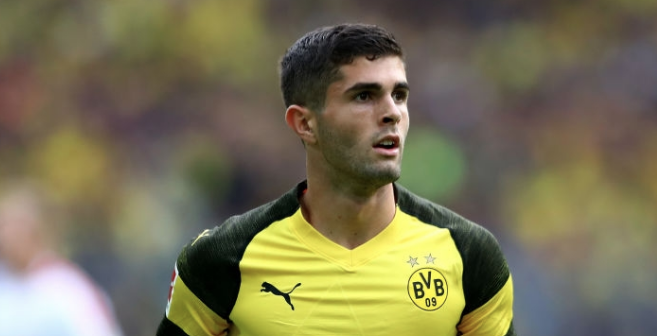 The Christian Pulisic transfer sweepstakes have long figured to take the American star’s talents to England, but now it appears the favorite has emerged to secure his services.

Chelsea is putting the finishing touches on a $57 million transfer for Pulisic, German outlet Bild reported on Friday. The report comes as ESPNFC is reporting that long-time Pulisic suitor Liverpool will not be in the running for a January bid for the USMNT star.

Pulisic has been linked to multiple Premier League clubs for more than a year, including Tottenham and Manchester United, though Liverpool had long been seen as a potential destination because of Pulisic’s prior working relationship with Jurgen Klopp, who trained him at Borussia Dortmund.

Pulisic has found steady playing time tougher to come by this season at Dortmund, and has been part of a regular squad rotation for the current Bundesliga leaders.

Pulisic struggle for steady starts hasn’t slowed down the rumors of clubs showing interest in buying him next summer, with Bayern Munich also mentioned as an interested party.

What does seem clear at this point is that Pulisic won’t be moving away from Dortmund this winter, because while he may not be a lock-down starter anymore, he is still proving to be a valuable part of Dortmund’s current run atop the Bundesliga, and their push into the knockout rounds of the UEFA Champions League, a competition where Pulisic has been a regular starter.