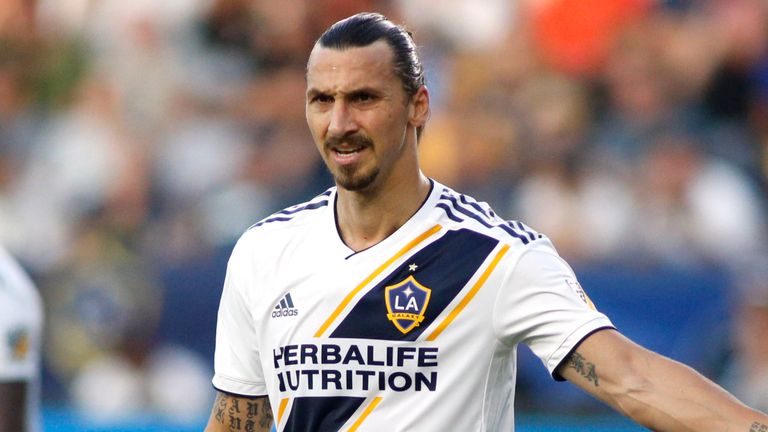 The Los Angeles Galaxy are nearing a pair of big moves as 2018 nears its end.

The Galaxy have signed star forward Zlatan Ibrahimovic to a new contract, while Caleb Porter is in negotiations to become their head coach, the LA Times reported on Tuesday.

Ibrahimovic scored 22 goals and registered 10 assists in his debut MLS season in 2018, and is expected to become one of the Galaxy’s Designated Players. The Swedish international was already under contract for 2019, but expected a new deal after only earning $1.5 million. He was even linked to a return to AC Milan, but that was eventually shot down.

With Ibrahimovic set to take a DP spot, the Galaxy will have to move one of their three current Designated Players; Giovani dos Santos, Jonathan dos Santos, or Romain Alessandrini out of the club before the start of the 2019 campaign.

Meanwhile, Porter is looking to return to the MLS sidelines after sitting out the 2018 season after leaving the Portland Timbers following the 2017 campaign.

He would fill the void left open by will take over for Sigi Schmid, who left the club in September. Dominic Kinnear held the interim head coaching position for the final two months of 2018, but now appears unlikely to be in the running to keep the job full-time, even despite reportedly having the backing of Ibrahimovic.

Porter led the Timbers to an MLS Cup in 2015 and three playoff appearances during his time in Portland.