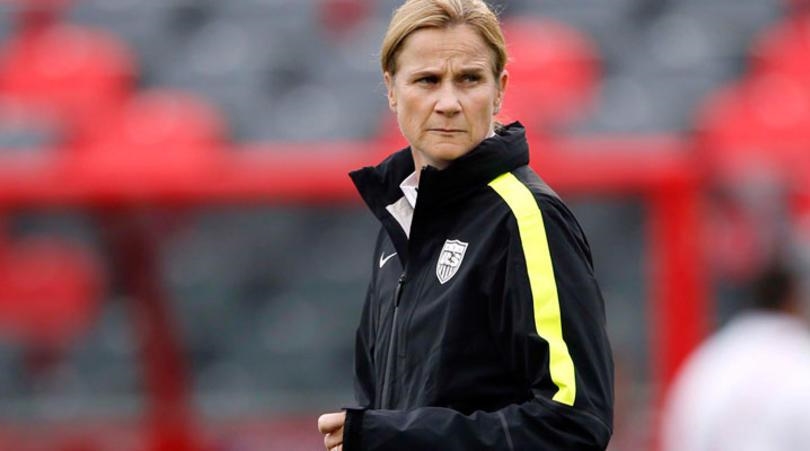 With the World Cup group stage finally set and the path to a title defense becoming clearer, U.S. Women’s National Team head coach Jill Ellis can begin preparing — and building a roster — with some opponents in mind.

For Ellis and company, not much has changed over the last month. The majority of the USWNT player pool is fully in the offseason after a long year for club and country, leaving the head coach and onlookers with little to contemplate in terms of recent form. However, as the battle for the final spots on the roster advances, there is, as always, plenty to think about.

Though flexibility would have been a priority regardless of World Cup opposition, finding it in attack could be something Ellis is looking for in France. In the team’s final match of the year against Scotland, Ellis experimented by giving her usual choice at left back, Crystal Dunn, a start in central midfield, and played Alex Morgan as a wide forward. Such experimentation could come useful in case the USWNT needs to surprise opposing defenses, either from the start or midway through a match.

Taking the recent experimentation of 2018 into consideration, here is the latest projection of the World Cup roster:

(Changes from November are in bold; new additions are in bold italics.)

Outlook: Easily the most steady part of the pool, these three have been the frontrunners for the goalkeeping positions for months now. Though she still does not have a cap, Franch took advantage when Ellis was on the look for a third-choice goalkeeper in the spring and has not been questioned in the role since. That likely will not change before the World Cup, barring injury.

Outlook: The potential starters are mostly quick to identify — O’Hara at right back, Dunn at left back, and Sauerbrunn paired with either Dahlkemper or Davidson in the middle. Sonnett still gets the most minutes as the second-choice right back, but there might be a battle to back up Dunn. While Short has consistently gotten called up, her minutes have dwindled. Fox, who received her first two caps in November, might be able take that role, depending on how 2019 fares for her.

Outlook: Just like the other positions, possible starters Ertz, Horan, Lavelle, and Mewis seem like locks. Zerboni’s inclusion is based on Ellis’s growing fondness for her before she picked up an elbow injury in September; if she does not recover in time from it to make the roster, though, a spot for Morgan Brian or Allie Long might open up. A final spot in midfield might be difficult to predict, considering Ellis has spread out minutes quite a bit. If she is looking for versatility, Sullivan might be her best bet of the rest. Though she has been inconsistent for the national team, she can play a number of positions in midfield.

Outlook: This has been the group that Ellis has relied on for just about all of 2018, making their inclusions on the World Cup roster almost certain. The question has always been about whether or not someone else might join them, and someone like Jessica McDonald could do just that. That said, the attack-heavy USWNT might already have all its bases covered up top with this group.

Have thoughts regarding the inclusions and exclusions? Feel free to share in the comments.