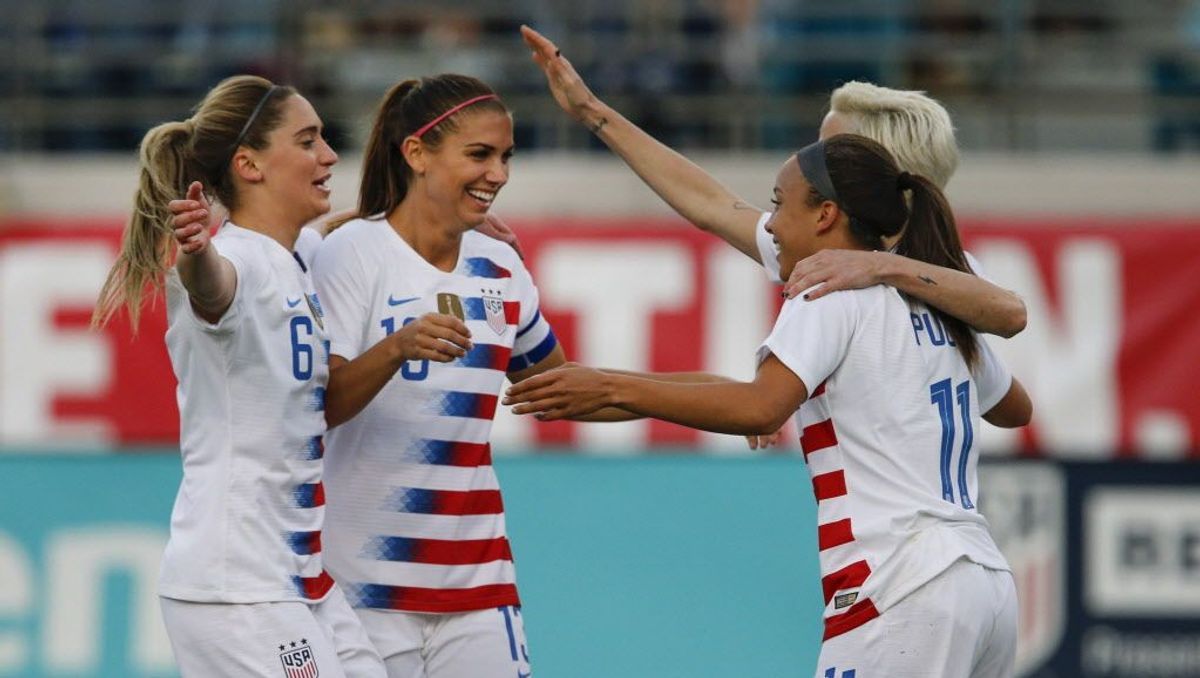 The U.S. Women’s National Team cruised to an unbeaten 2018, mowing down opponents left and right while booking a place in next year’s FIFA Women’s World Cup. Jill Ellis’ squad will prepare with a stubborn schedule ahead of France though, with plenty of talented teams on the slate to begin 2019.

Seven World Cup participants headline the ten opponents that the USWNT will face prior to the tournament, after U.S. Soccer announced the team’s schedule on Thursday.

The schedule will begin with six consecutive games against opponents in the current top 12 in FIFA’s world rankings, beginning with a date against World Cup hosts France in Le Havre on Jan. 19th. Three days later sees the USWNT travel to Alicante to take on Spain for their first ever meeting between the two teams.

After returning stateside, the U.S. will face Japan, England, and Brazil in the SheBelieves Cup over a seven-day stretch through late February and early March.

April sees Ellis’ team take on Australia in Commerce City, Colorado on April 4th before facing Belgium in Los Angeles, Cali. on April 7th. Belgium did not qualify for the World Cup after losing in a European playoff.

A three-match sendoff series in May will see the USWNT take on South Africa, who qualified for their first ever Women’s World Cup. Following that, they will take on Mexico, whom the USWNT defeated in October at the Concacaf Women’s Championship.

One additional opponent will be announced for a May 16th fixture in St. Louis, but no teams have yet be confirmed.

Up next for the USWNT is the World Cup draw on Dec. 8th where they will find out their group for next June’s tournament. Barring a change in the top six in the final FIFA rankings which will be released Friday, the USWNT will avoid any of Australia, Canada, England, France, or Germany in the group stage .

The 2019 FIFA Women’s World Cup kicks off in France on June 7th.