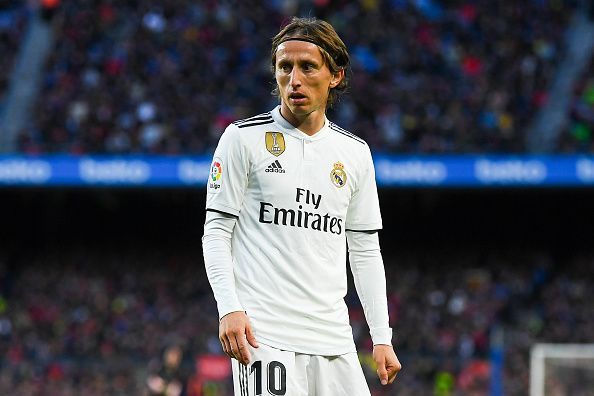 Luka Modric is coming off a sensational campaign with both Real Madrid and the Croatian National Team. However, the Ballon d’Or winner is already considering the end of his playing days with the Spanish giants being a huge part of it.

The star midfielder outlined his wish to end his playing career with Real Madrid, a team he has starred at since 2012. (REPORT)

Napoli defender Kalidou Koulibaly was the subject of alleged racist chanting in their 1-0 defeat at Inter Milan. (REPORT)

Manchester City boss Pep Guardiola admits his side need to get momentum back for any chance of avoiding more freefall in the Premier League table. (REPORT)

Despite being rested to start the match, Cristiano Ronaldo came on a substitute to help Juventus remain unbeaten. (REPORT)

Following their jump to second place, Tottenham manager Mauricio Pochettino feels his side are thriving in their bubble. (REPORT)

Kylian Mbappe was named the French Player of the Year. (REPORT)

PSG and USMNT forward Timothy Weah has confirmed he will leave the club on-loan. (READ)

Liverpool manager Jurgen Klopp is undecided about his future with the club following the expiration of his current contract. (READ)