Berhalter focusing on progress, building for 2022 after Panama win 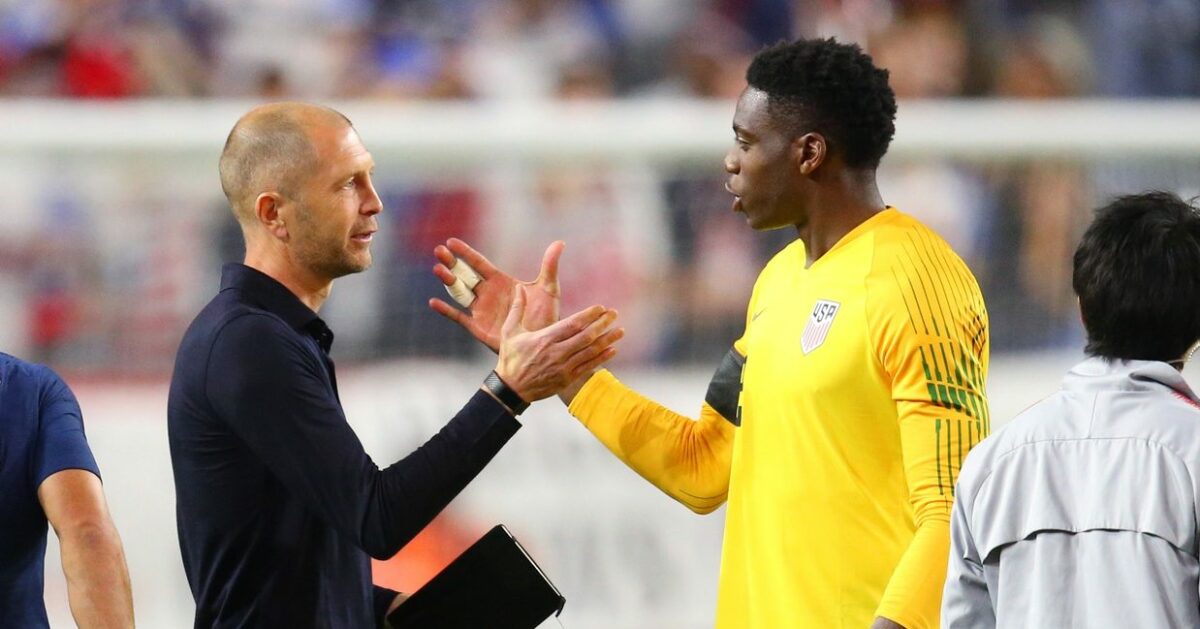 The U.S. Men’s National Team’s Gregg Berhalter era got off to a positive start on Sunday thanks to a 3-0 win over Panama, but the new head coach wants everyone to be certain that Sunday’s result wasn’t about the win, but about the progress of building the team from the ground up and getting them back to the World Cup in 2022.

Nobody is going to be fooled into thinking that a win against Panama’s second choice team without the USMNT’s top choice players is going to demonstrate that the program has turned a corner. However, calling it a small first step isn’t an exaggeration. Making that first step or two is what this entire January Camp is about, and Berhalter hasn’t been shy about that with his players, reporters, fans, or anyone else.

The USMNT is able to use this unique window to allow Berhalter to settle in with his new job and develop a style of play, even with players with little or no international experience. It’s an opportunity not a lot of countries have. There isn’t a designated international window this month and no club is obligated to release its players to the USMNT or any other country. While this means the best players are often still with their clubs, Berhalter is choosing to view this as a chance to work with a group of players working towards building that national team.

“You talk about a short time frame but we’re actually lucky to have this one month period,” he said. “Other countries aren’t getting this month to train with a group. The guys have been so open. The guys have progressed virtually every day. We’ve gotten better and that’s been good to see.”

Players improving in January can do more than just strengthen depth. A strong performance could put pressure on an established player and eventually lead to competitive minutes for someone who never would have seen any playing time before. Nick Lima’s performance against Panama could be a great example. One slip up from DeAndre Yedlin at right back could mean Lima gets some time when the Gold Cup or Concacaf Nations League roll around.

The same can be said for Corey Baird or Djordje Mihailovic, who each had excellent performances in Glendale.

Berhalter considers any selection headaches that can arise from a strong January a positive thing, not a daunting task to be sorted out. If someone like Lima or Baird continues to show promise, that’s exciting to him and a sign that the him and his staff are doing their jobs.

“I think the word is exciting. When you look at some of the quality, both domestically and abroad, it’s exciting to imagine where this group can go in four years time.”

And that four years time is the key. Nothing that happens in January of 2019 will matter if the USMNT fails to qualify for the World Cup in 2022. Berhalter still has time to build towards that goal and this month is just the first stop along that journey. It’s an important stop, but the final goal is always in the forefront.

“I feel like we do have time. I think there’s checkpoints along the way that we want to measure ourselves against. But the ultimate goal for this group is 2022.”