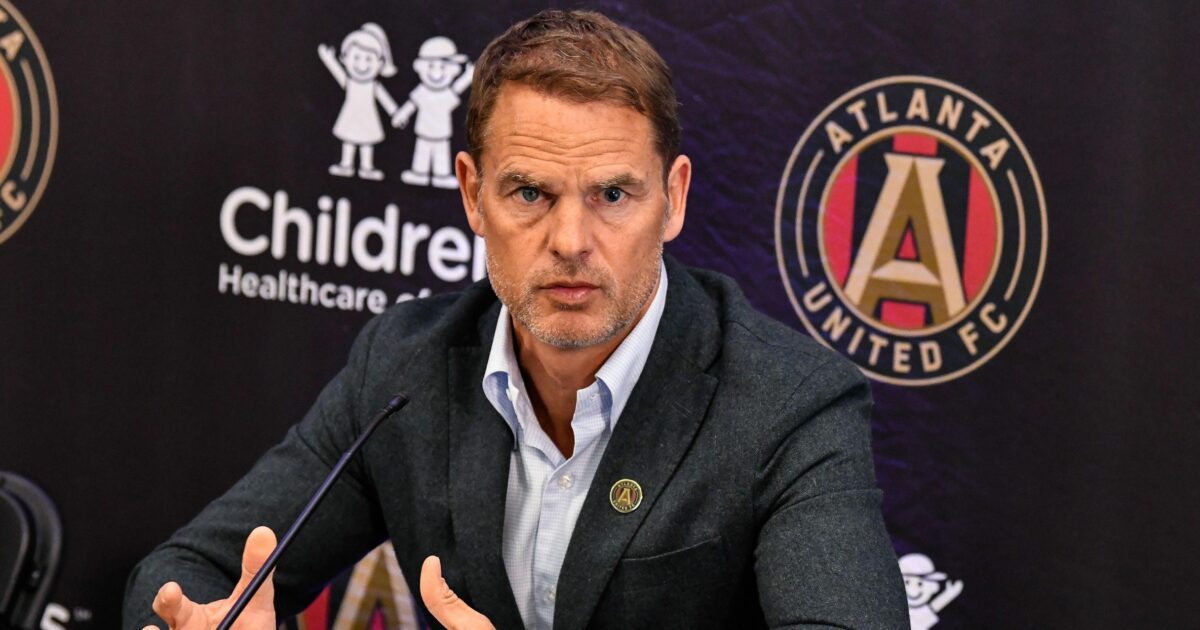 New Atlanta United head coach Frank de Boer has one thing on his mind as he takes his new job and that’s focusing on coaching a successful soccer team.

The Dutchman is excited to take on the road of a head coach, as opposed to a team manager, with his new gig.

The Atlanta job is going to be different from his previous management gigs. His jobs at Ajax, Internazionale, and Crystal Palace were about more than just coaching a team. He was a full on manager there where he had to bring in new players and run other aspects of the club. The model at Atlanta United has him excited to focus on one thing, and one thing that he does very well.

“The structure and organization is so good here so I can really focus on one thing, and that’s the football side and not to worry about other things,” De Boer said in his introductory press conference.

De Boer is also taking over a championship-winning club, something he hasn’t done since his first management job at Ajax in 2010. He took over a team that finished third in the Eredivisie back then and led them to a second-place finish in his first campaign before leading them to four straight league titles.

The Dutchman’s next two jobs involved taking over a club in need of some rebuilding. He left Ajax in 2016 to take over an Inter side that was experiencing a bit of a dull period in its illustrious history. He didn’t last long there before getting fired and taking a job at Crystal Palace, who has typically been relegation fodder in the Premier League.

“When you’re going to Crystal Palace or Inter, they were in tough periods and bad weather at that moment, so you want to get as soon as possible in a positive vibe,” De Boer said. “Here, already the positive vibe is here and we want to use that, of course, with all the people that we have here, especially the players, that they continue to have that feeling. Confidence and positive vibe improve your performance.”

Neither one of those jobs lasted very long at all. De Boer coached all of 14 matches at Inter and was fired with only five wins. He took over Palace to start the 2017-18 Premier League season and was canned less than a month into the campaign after a mere five games in charge.

The short tenures and rather shaky front office situations at both clubs didn’t allow him the chance to shine while tarnishing the reputation he developed as a winner at Ajax.

Atlanta United represents a chance for De Boer to get back to what made him successful as a coach in his native Netherlands. He’s back at a club with a clear vision and structure and he thinks that will allow him to make the most of his talents.

“Everything is very clear and structured and so for me that’s so much easier and, what I said, I can focus on the first team,” De Boer said. “The five and a half seasons that I was working with Ajax as a head coach… it cost me less energy than in the eight months of Inter and Crystal Palace. I already started to get grey hair. So I want that positive vibe and to keep it when it’s there. So that’s one thing I’m looking really forward to, to focus on the things that I’m really good at.”