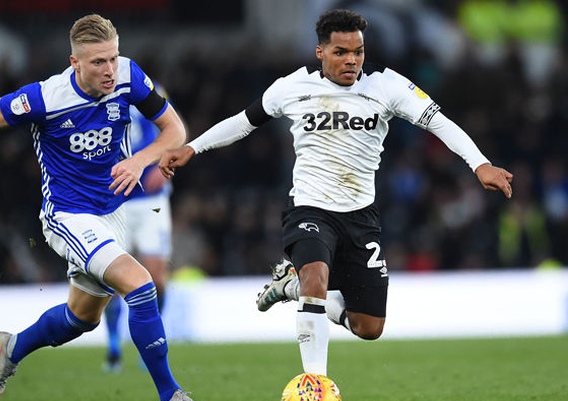 Duane Holmes has been able to learn plenty under Derby County manager Frank Lampard. After some strong performances in a row, the 24-year-old forward finally found the back of the net for his new club.

Holmes scored his first goal for Derby in the third minute of their 2-1 home EFL Championship win over Reading on Saturday.

The American forward was played in by a clever pass from Harry Wilson. After receiving the pass, Holmes did the rest by rifling a right-footed shot into the bottom-left corner.

Beautiful football. 😍 @DuaneHolmes finished off a slick team move to score his first goal for the Rams! 👌

It was the first time in four matches that Derby scored first in all competitions.

As for Holmes, he will hope that this leads to more goals in the near future as Derby continues a push up the second-tier table.

Derby sits in sixth place after the win.