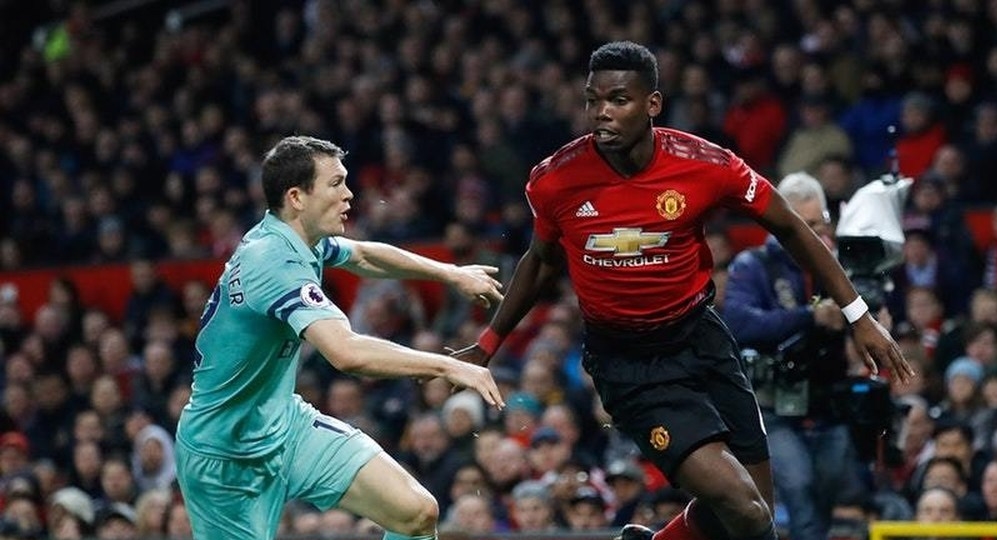 Arsenal and Manchester United are set to meet in the FA Cup on Friday. This will be the second meeting between the two clubs this season with an entertaining Premier League draw in December being the first.

Manchester United have gone unbeaten under Ole Gunnar Solskjær through the Norwegian’s first seven matches in charge. Arsenal has dropped several points in a similar span winning just four of their last nine matches in all competitions.

Two of Italy’s top four teams this season are scheduled to meet on Saturday as Napoli make the trip to San Siro for their fixture with Milan. This will be the first of two meeting in a four-day span with the latter coming in Coppa Italia midweek.

Like the Manchester United-Arsenal duel, these two sides have met once earlier this season. Napoli left the match with all three points thanks to a late Dries Mertens winner which gave the hosts a 3-2 win.

Milan has won four of their last nine matches while second-placed Napoli has won eight of their last ten matches in all competitions.

Plenty of exciting fixtures will be taking place in the FA Cup this weekend outside of the Red Devils’ visit to Emirates Stadium. Amongst those fixtures are Tottenham’s visit to Crystal Palace.

Tottenham have lost twice in their past six matches while Palace has won two and lost three in a similar span. The most recent Premier League meeting between the two London clubs took place in November with Juan Foyth’s lone goal giving Tottenham all three points.

Another all-Premier League match will include Manchester City and Burnley. The blue half of Manchester has been in dominant form recently winning their last six matches in all competitions conceding just twice in that span.

Here are all of this weekend’s FA Cup fixtures featuring Premier League teams:

Atletico Madrid continues their hope of replacing Barcelona at the top of the La Liga table as they take on Getafe this weekend. Los Rojiblancos have gone 18 games unbeaten in all competitions and are coming off a 3-0 win over Huesca last time out.

Getafe is also in good form going unbeaten in their past five matches in all competitions and find themselves sixth in the La Liga table. Getafe lost 2-0 to Atletico Madrid back in September at Wanda Metropolitano.

Borussia Dortmund started the second half of their Bundesliga campaign right where they left off beating RB Leipzig last time out. This weekend the current leaders will host Hannover 96 in a match which could feature a pair of U.S. Men’s National Team players.

Hannover sits second from the bottom in the Bundesliga table and has won just one of their previous 12 matches. Dortmund is in opposite form losing just once in eleven matches. Bobby Wood and Christian Pulisic are two players to watch, who both want to get back to positive individual form.

Bayern München is the club closest to catching Dortmund. The current champions will be hosting VfB Stuttgart on Sunday. Bayern has won their last six matches and are hoping to extend that streak with a win over 16th-placed Stuttgart this weekend.

Juventus and Lazio add to an exciting weekend of Serie A action with the pair set to meet at Stadio Olimpico on Sunday.

Lazio are in good form but are coming off their first loss in five matches after being defeated by Napoli last time out. A win for Lazio could see them move from sixth to fourth in the table dependent on results elsewhere.

Juventus are amongst the two remaining teams in Europe’s top five league who are unbeaten at this point in the season domestically. The Italian giants have won 18 of 20 league games, drawing the other two, and have lost just once in their last 13 matches.

Paris Saint-Germain will be taking on Rennes this weekend but will be without Neymar who picked up an injury in his last match. PSG remain unbeaten in league play and picked up one of their 17 wins this campaign against Rennes in September.

Rennes sit near the middle of the Ligue 1 table and have won two of their last five matches in all competitions. The club is coming off a 2-0 win in Coupe de France action which saw them advance to the next round.