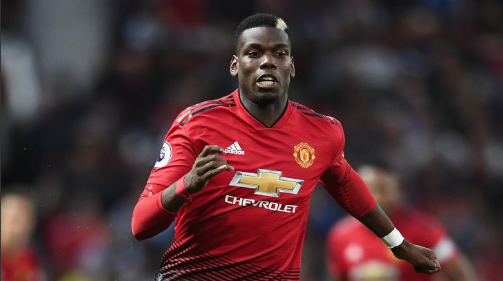 Manchester United’s visit to Wembley for their meeting with Tottenham headlines this weekend’s European play.

Manchester United are in fine form since appointing Ole Gunnar Solskjær caretaker until the end of the season. The new boss has managed to win five from five games while conceding three and scoring 16. United have found new hope in their new manager and will hope to continue to ascend in the league table with a win over Tottenham.

The hosts also enter the fixture in good form winning seven of their last eight matches in all competitions. The London-based club has scored 11 goals in their last three matches and promise to be Solskjær’s most difficult test to date since taking over at Manchester United.

Exciting action is also coming out of Spain as Real Madrid hope to find themselves in a top-four spot in La Liga with a win over Real Betis.

Betis sit just four points behind Madrid in the league table and would be picking up a vital three points if they are to leave the match victorious. Unfortunately for Betis, they’ve won just one of their most recent five games scoring multiple goals just once.

Real Madrid has managed to win four of their most recent six matches in all competitions including topping Leganes 3-0 in their most recent match. Los Blancos may give Brahim Diaz a La Liga debut as the former Manchester City academy player joined the Spanish giants earlier this month.

The English Premier League features plenty of exciting matches outside of Manchester United’s visit to Wembley.

Arsenal opens the weekend’s matches as they face West Ham United at London Stadium. Arsenal have bounced back nicely with a pair of wins over Fulham and Blackpool after their heavy defeat to Liverpool at Anfield.

West Ham won their recent FA Cup match as they hosted Birmingham City but have failed to win three of their most recent four Premier League matches. Saturday’s hosts tenth in the PL table but could move up or down multiple spots depending on Saturday’s result.

Liverpool are looking to bounce back after suffering back-to-back defeats at the hands of Manchester City and Wolverhampton Wanderers. The Reds are four points clear at the top of the Premier League table but will demand a win of themselves on Saturday.

Brighton will play host in Liverpool’s fixture and will be carrying good form into the match. The midtable club has gone unbeaten in their past four games including impressive results against Arsenal and Everton.

Barcelona are looking to bounce back from Thursday’s Copa del Rey defeat at Levante with a win over Eibar on Sunday.

Barcelona sits at the top of the La Liga table and will be hoping to extend the gap between them and the rest of the pack this weekend. The Spanish giants have won their last five La Liga matches scoring 15 goals in that span.

Eibar comes into the game hoping to find an extra goal they weren’t able to find in their most recent five matches. Eibar has drawn their last five matches in all competitions and are hoping they’ll break that streak with a win over the table-toppers this weekend.

Atletico Madrid is the club on Barcelona’s tail and will be hosting Levante on Sunday. Real Madrid’s neighbors have gone unbeaten in their last fifteen matches in all competitions and will expect to extend that streak this weekend.

Levante will enter the match with confidence following their midweek win over Barcelona. Levante have not won one of their four most recent matches in La Liga play, however, and will be looking to put that winless run to an end.

Cristiano Ronaldo’s opening season with Juventus has gone according to plan. The Portuguese forward and his teammates remain unbeaten in league play and now have a chance to advance to the Coppa Italia Quarterfinals with a win over Bologna on Saturday.

Juventus are riding a four-game unbeaten streak into the match conceding thrice in the time. The Serie A leaders are coming off the back of a 2-1 win over Sampdoria in league play which featured a Cristiano Ronaldo brace.

Bologna are far from their best at the moment riding a winless streak of five into Saturday’s affair. Their most recent win came in the previous round of the Coppa Italia defeating Serie B side Crotone 2-0. This is Bologna’s lone win since September.

Juventus will be hoping to continue their form through the match against a Bologna side short of confidence.

Here’s all of this weekend’s Coppa Italia fixtures:

PSG have gone unbeaten up until this point in the Ligue 1 season and will expect to keep that streak alive as they face Amiens this weekend.

The French giants are coming off the back of a 2-1 loss to Guingamp in cup competition and will be looking to rediscover winning ways on Saturday. After winning their opening 14 games in league play, PSG drew twice in December before narrowly beating Nantes in their most recent match.

Amiens are not quite on the same path as PSG as they sit two points above the relegation qualification spot. Scoring less than a goal per game, it is safe to say PSG are expected winners in Saturday’s match.