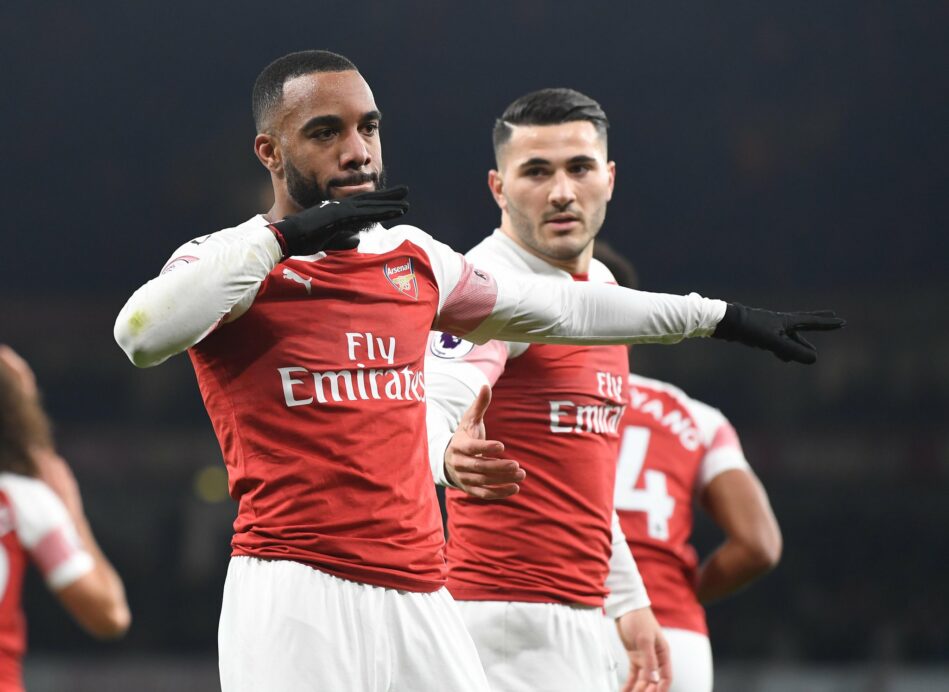 Arsenal hosted a London derby this weekend welcoming Chelsea to Emirates Stadium. The hosts put on a dominant performance topping the Blues 2-0.

Arsenal got their opening goal through clever play from Alexandre Lacazette who smashed the Gunners in front in the 14th minute. Laurent Koscielny found a fortunate finish in the 39th minute doubling Arsenal’s lead which proved to be too much for Chelsea.

Germany’s biggest fixture this weekend saw current table leaders Borussia Dortmund visit RB Leipzig. Axel Witsel’s powerful strike in the 19th minute proved to be the winner for Dortmund who remains six points ahead of Bayern München at the top of the Bundesliga table.

PSG made headlines this weekend defeating bottom-dwellers Guingamp 9-0. The usual suspects were on the scoresheet as both Kylian Mbappe and Edinson Cavani scored hat-tricks while Neymar scored a brace. Thomas Meunier scored the ninth and final goal for Saturday’s hosts.

Apart from Arsenal’s London Derby victory, the Premier League provided exciting matches throughout the weekend with Liverpool’s goal-heavy match with Crystal Palace being amongst them.

Andros Townsend’s goal had Crystal Palace in front at the halftime break before a 6-goal second half. Goals from Mohamed Salah and Roberto Firmino quickly gave Liverpool the lead shortly after the start of the second half. The pair of clubs split the remaining four goals from here as Salah’s brace helped push Liverpool past Crystal Palace.

Brighton grew into the game and cut the deficit in half in the 72nd minute through a Pascal Gros goal. Unfortunately for Brighton, United’s defense stood tall and was able to come away with a 2-1 win.

The biggest game of the weekend in Spain featured Real Madrid and Sevilla with the former playing host. Madrid managed to win by a pair of goals in a crucial match between the third and fourth-placed clubs.

A pair of late goals is what saw Madrid pick up three points with Casemiro opening the scoring in the 78th minute. The Brazilian’s long-range effort flew into the top corner and the Madrid players ran off in celebration. Luka Modric’s 90th-minute goal sealed the win for Los Blancos.

The other half of Madrid also kept a clean sheet in a winning effort as Atletico Madrid defeated SD Huesca by a scoreline of 3-0. Lucas Hernandez opened the scoring and Santiago Arias and Koke goals followed. Huesca has picked up just 11 points through their opening 20 games this campaign.

Roma and Torino met on Saturday at Stadio Olimpico and played a thrilling five-goal match.

Goals from Nicolo Zaniolo and Aleksandar Kolarov gave Roma a two-goal lead to defend. Tomas Rincon scored a goal early in the second half giving Torino fans hope. Cristian Ansaldi equalized the game for Torino but it was Stephan El Shaarawy who bagged the game’s winning goal as Roma went home with three points.

Fiorentina and Sampdoria also featured in a high scoring affair splitting the six goals evenly. Luis Muriel and Fabio Quagliarella each bagged braces for their respective sides canceling each other out. Unlikely hero German Pezzella scored a late equalizer forcing the clubs to split the points.

Bayern München opened the Bundesliga weekend with a 3-1 win over Hoffenheim as the current champions continue to pursue another Bundesliga title trailing just Dortmund in the table.

Leon Goretzka scored the games opening two goals giving Bayern a 2-0 lead before the halftime whistle. Nico Schulz’s goal cut the deficit in half but wasn’t enough for Hoffenheim as Robert Lewandowski’s late goal sealed the deal for Bayern München.

An early red card for Monaco’s Naldo was the start of a bad day for Thierry Henry and his men. Strasbourg would go on to win the match 5-1 with Ludovic Ajorque’s brace leading the way for the fifth-placed team.

Monaco has managed to win just one match since the start of December in league play and has gone winless in each of their last five matches in the competition.