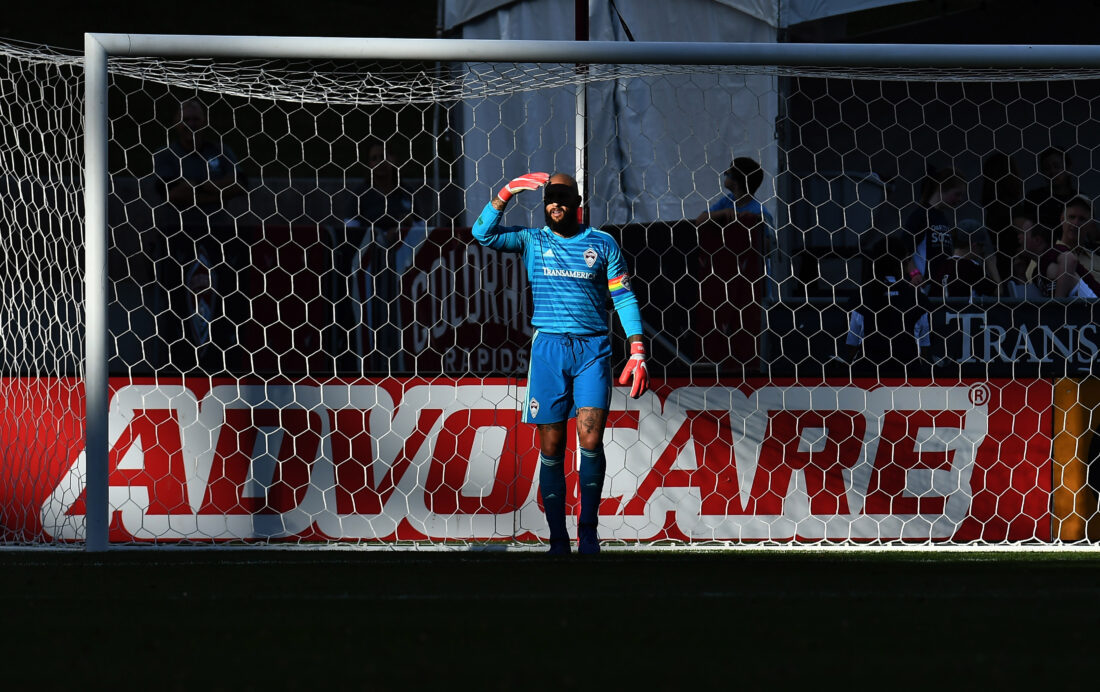 When the 2019 season is said and done, Colorado Rapids goalkeeper Tim Howard will hang up his boots and gloves one last time and leave them there. But he is far from done with soccer.

The 39-year-old American goalkeeper announced his planned retirement after the season on his Twitter account Tuesday morning, a decision that he’s had planned since he came to the Rapids during the 2016 campaign.

“Well, this is something that’s been on my radar for a number of years now, probably since I signed in Colorado and I know that the length of the contract would take me to be 40 and it seemed like the right time,” Howard said during a conference call Tuesday. “You know, in terms of timing, a lot of it makes sense to do it now before the season and kind of get that out of the way so that it’s not a distraction.

“It’s not something that I thought about last night. It’s a decision I’ve been comfortable with for quite a long time, you know, in my own head, so I feel good.”

I’m greatly looking forward to kicking off the 2019 MLS season, as it will be my LAST. There will be plenty of time for sentiment later. For now, I am going to enjoy every minute. And as I’ve always done, compete hard and help lead the Rapids with the sole purpose of winning. pic.twitter.com/QWuCcy7gW2

After Howard hangs up the boots and gloves for the final time at the end of the season, he’ll leave the pitch as the best American goalkeeper of all-time. He ranks first in USMNT history in wins with 62 and in appearances with 121. His biggest moment came in a loss on soccer’s biggest stage as he recorded a 15-save performance in the United States’ 2-1 loss in extra time to Belgium in the Round of 16 in the 2014 World Cup.

“The thing that sucks about it is that we lost,” he explained. “You know, and I think overall from a football purist standpoint if we broke that game down it’s probably the biggest game I’ve played, one from the overall performance.”

But he is focused on this season with the Rapids, a season that, although it’s his last, he’s excited and confident about.

“I think this is the most talented team in Rapids history, even more talented than the year that this club won the championship in 2010,” he said. “So, to the bold statement, I don’t say that lightly. I’m just looking around to the pieces that are in the locker room and puts pressure on us.

“A few of the boys come in and tell me ‘hey man, we got to win now’ for their own careers. So I said ‘trust me, I understand what you mean.’ We do have to win now.”

It would be quite the ending to Howard’s career if the Rapids can make a playoff push following a season that saw them finish as the third-worst team points-wise in the league, just above Orlando City and 2018 league-dweller San Jose.

“I really think we can be electrifying in the front half of the field and so more than anything goes, it’s just kind of getting the standards from this team where they need to be.”

Winning a title with the Rapids, or even a playoff push that could help turn the club around for the future won’t end Howard’s time in soccer overall. He has ownership stakes in both the USL’s Memphis 901 FC and Dagenham and Redbridge F.C. of England’s National League. He is also a commentator for Turner Sports’ coverage of the UEFA Champions League.

“What excites me and what interests me is my ownership stakes in the two teams both in Memphis and Dagenham,” he said. “Also, you know, the television work that I’m contracted to do will take up a lot of my future time. The idea is to be over in London way more often than once a year. I think that’s the only way ownership works is if you’re a hands-on anything, you can sense and get a feel for what the team and the club needs.”

“I like being in front of the camera,” Howard also explained about his broadcasting career. “I enjoy the camaraderie I have with the other people on the desk and, you know, football is what makes me, what my brain thinks about 24 hours a day.”

The one thing you won’t see Howard doing in the future is coaching from the touchlines. He wants no part of it whatsoever and wasn’t afraid to let his feelings about coaching out.

“That I can say this wholeheartedly: if someone got me to coach a bunch of professional athletes, they’d have to pay me more money than the U.S. Treasury because it’s not a job I would enjoy in any way shape or form,” he explained. “It’s difficult, it’s time-consuming, you get very little of the glory and all of the pain, so it’s not something I even think about.”

Howard’s planned retirement after the 2019 season doesn’t necessarily make this a farewell tour. He’s just simply preparing for the upcoming season, his last in MLS.

He also hasn’t ruled out the idea of a farewell tour.

“That’s never been my intention,” he explained. “Again, it was more that I didn’t want any type of rumors to start or any speculation I want to get out of the way.