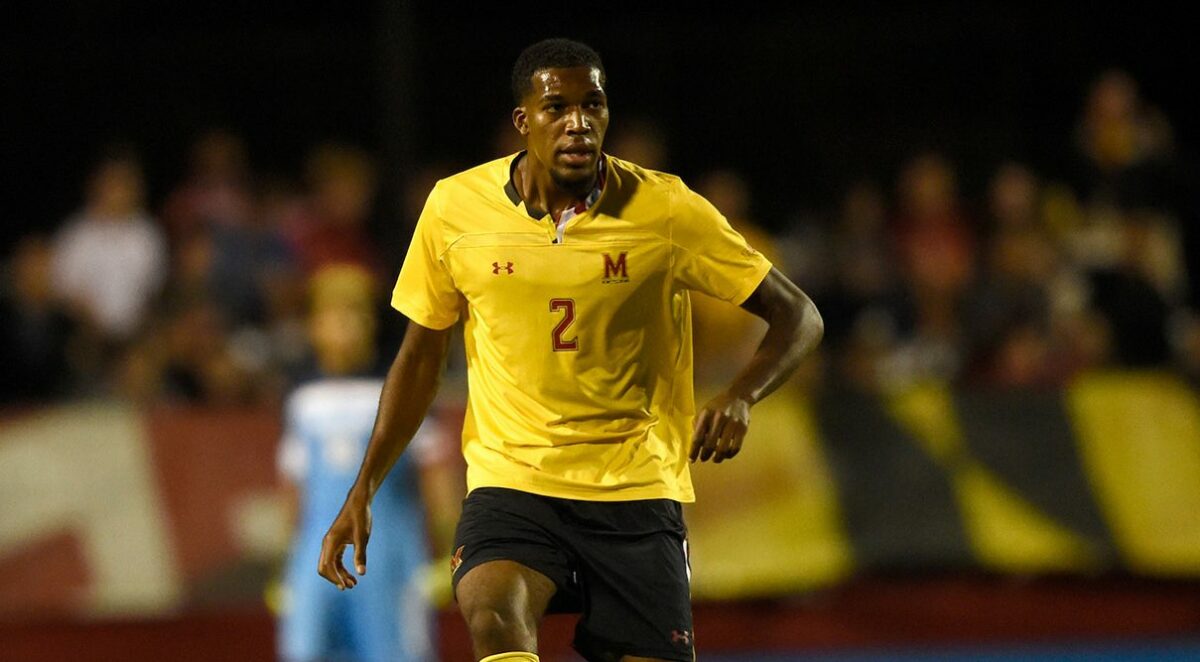 D.C. United continued a familiar trend this offseason by signing the 11th Homegrown in club history on Wednesday.

The Black and Red signed academy product Donovan Pines, making him the second homegrown signing this week. Pines, a former standout at the University of Maryland, spent four years with the team’s academy.

“We have monitored Donovan’s progression at Maryland and feel he is ready to take the next step in his career,” D.C. United GM and VP of Soccer Operations Dave Kasper said. “He fits the profile of a modern MLS center back in a physically demanding league and has the technical qualities that suit our system. We are excited to add our second Homegrown Signing of the offseason and look forward to integrating Donovan with the rest of the squad in preseason.”

Pines made 56 appearances for the Terrapins over three seasons, while scoring three goals and adding three assists. He helped the team to 21 clean sheets during his time there, and lifted the 2018 College Cup.

The Portland Timbers look ready to pursue another young striker as they head into their second season under Giovanni Savarese.

According to ESPN, the Timbers are reportedly interested in Tigres’ forward Julian Quinones. As well as Quinones, Portland remains in the hunt for Ezequiel Ponce who is on-loan from AS Roma at AEK Athens.

I'm told that one of the forwards Portland is pursuing is Julian Quinones of Tigres. No deal imminent but along with Ezequiel Ponce (reported by @PaulTenorio) that is who they are pursuing. Also told they are looking at one other target. #RCTID

Quinones, 21, scored two goals and added two assists in the Liga MX Apertura for Tigres. So far in the Clausura, he has yet to score as his team is 1-1-1.

In his career, Quinones has scored 22 goals in 65 combined appearances between Tigres, Venados, and Lobos. He also represented the Colombian U-23 Men’s National Team in the past, making 13 appearances and scoring four goals.

The San Jose Earthquakes followed suit and made a Homegrown signing of their own on Wednesday.

San Jose signed academy product Cade Cowell, which sees Cowell become the sixth product to sign with the first team. The 15-year-old becomes the youngest player in both Earthquakes and Bay Area team sports history, and the fourth-youngest in MLS.

“Cade has a bright future ahead of him and it is up to him how far he will go,” Quakes head coach Matias Almeyda said. “He adds to what I believe is a very talented group of young players here in San Jose and we’re anxious to see him develop with us.”

After totaling 34 goals in 32 appearances for the Ballistic United U-15’s in 2017-18, Cowell joined the Earthquakes Academy. He would train with the team on a part-time basis due to his proximity to San Jose.

With San Jose’s U-17 team this season, he has scored three goals in eight appearances. He has also featured for the U.S. U-16 and U-17 Men’s National Teams.

Another weapon has entered the fold for the Vancouver Whitecaps ahead of the 2019 MLS season.

The Western Conference club bolstered their attack on Wednesday, adding Guinean winger Lass Bangoura via the use of Targeted Allocation Money. Bangoura joins from La Liga side Rayo Vallecano and will remain with the Whitecaps for one year.

“Lass has the characteristics we look for in a winger,” Whitecaps head coach Marc Dos Santos said. “He’s explosive, good in one-vs-one situations, and he’s been exposed to a lot of different scenarios in Spain, France, and with his National Team. We’re looking forward to welcoming him to the club.”

Bangoura has made 140 appearances with Rayo Vallecano since beginning his professional career in 2011. He has also spent time with Granada, Stade Reims, and Almeria all on-loan. Since making his international debut in 2011 as well, Bangoura has won 33 caps for the Guinean National Team.

The New York Red Bulls have officially added a versatile winger to the mix from their closest rivals.

After being selected by New York in last December’s MLS Waiver Draft, Marcus Epps has signed with the club for 2019. The 23-year-old was drafted by the Philadelphia Union in the 2017 MLS SuperDraft, but would only make 32 MLS appearances in his time under Jim Curtin.

In his time in Philly, Epps scored three goals and added three assists in over 1,300 minutes of playing time. He adds pace and versatility to Chris Armas’ squad who will look to defend their Supporters Shield crown.

“Marcus has a lot of qualities that we like,” Armas said. “His ability and willingness to take players on and run behind as well as his attitude make him an exciting addition. We’re glad to have him as part of our group.”