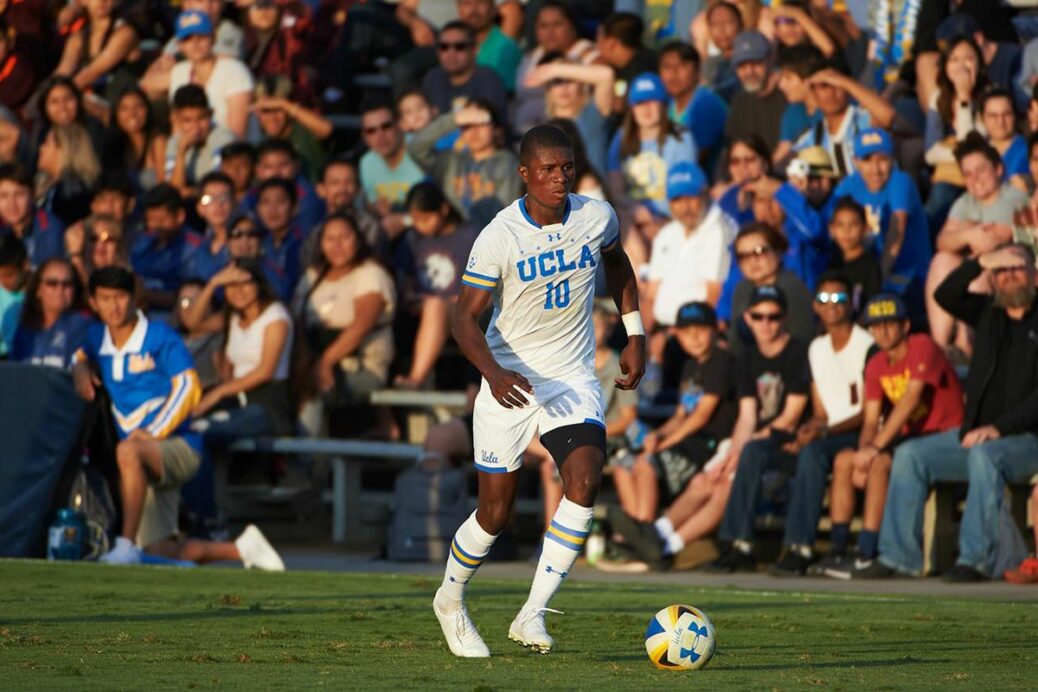 German 2. Bundesliga club Paderborn have added a pair of American forwards to help their bid for promotion.

Paderborn announced on Saturday they have signed former Sporting KC striker Khiry Shelton while also acquiring UCLA’s Mohamed Kamara. Both players trained with the team, and will add valuable depth to Paderborn who are currently in seventh place in Germany’s second tier.

The team were promoted from Germany’s third-tier last season, and have not been in the Bundesliga since 2015.

Shelton, a four-year MLS veteran, tallied eight goals in 74 appearances between stints with New York City FC and Sporting KC. His signed a deal through June 2021 with Paderborn.

Kamara, 21, scored five goals in 14 games for UCLA this past season. The Liberia native signed a deal through June 2020

Paderborn are back in action on Jan. 30th against Regensburg.

The third-winningest coach in Major League Soccer history looks to be staying with the LA Galaxy.

According to the LA Times, Dominic Kinnear will remain as an assistant coach under Guillermo Barros Schelotto in 2019. Kinnear finished the 2018 season as the Galaxy’s interim coach after the late Sigi Schmid resigned in September.

Dominic Kinnear will remain with @LAGalaxy as an assistant coach. Kinnear, the 3rd winningest coach in MLS history, finished the 2018 season as the team’s caretaker coach

Despite a late playoff push by the Galaxy, they eventually fell to the Houston Dynamo on Decision Day which ended their season. Schelotto, a former MLS Cup winner back in –, was announced as the Galaxy’s new head coach on Wednesday.

Kinnear lifted MLS Cups in both 2006 and 2007 with the Dynamo, while also winning four conference championships in his career.

Gutman, a product of the Chicago Fire academy, was awarded the 2018 MAC Hermann Trophy on Friday evening at the Missouri Athletic Club’s annual banquet. The Big-Ten Defensive Player of the Year contributed 11 goals and nine assists from his wingback position this season.

Despite his valiant efforts this season, Gutman and Indiana fell in the College Cup semifinals. He also began a trial with Scottish Premier League outfit Rangers in December.

Gutman scored 20 goals and added 17 assists in his college career, while also liftin conference regular season and tournament titles in 2018. He also reached the 2017 College Cup Final, before falling to Stanford University in December’s Final.

Atlanta United’s U-19 squad got off to a terrific start at the Mercedes-Benz JuniorCup.

The Five Stripes downed Liverpool 4-3 in the first match of the prestigious small-sided indoor tournament on Saturday. Evangelo Spartiatis led the way with a brace, while Kendall Edwards and Jackson Conway also added goals in the victory.

Despite a strong start to the day, Atlanta fell 2-0 to Schalke and 4-1 to hosts Stuttgart in their additional group stage matches. Atlanta will now meet Rangers and Bayern Munich on Sunday in crossover matches, with the top two teams advancing to the semifinals.

2019 is the 29th year of the tournament which has featured numerous future stars such as Manuel Neuer, Mesut Ozil, Marcus Rashford, Leroy Sane, and Bacary Sagna.