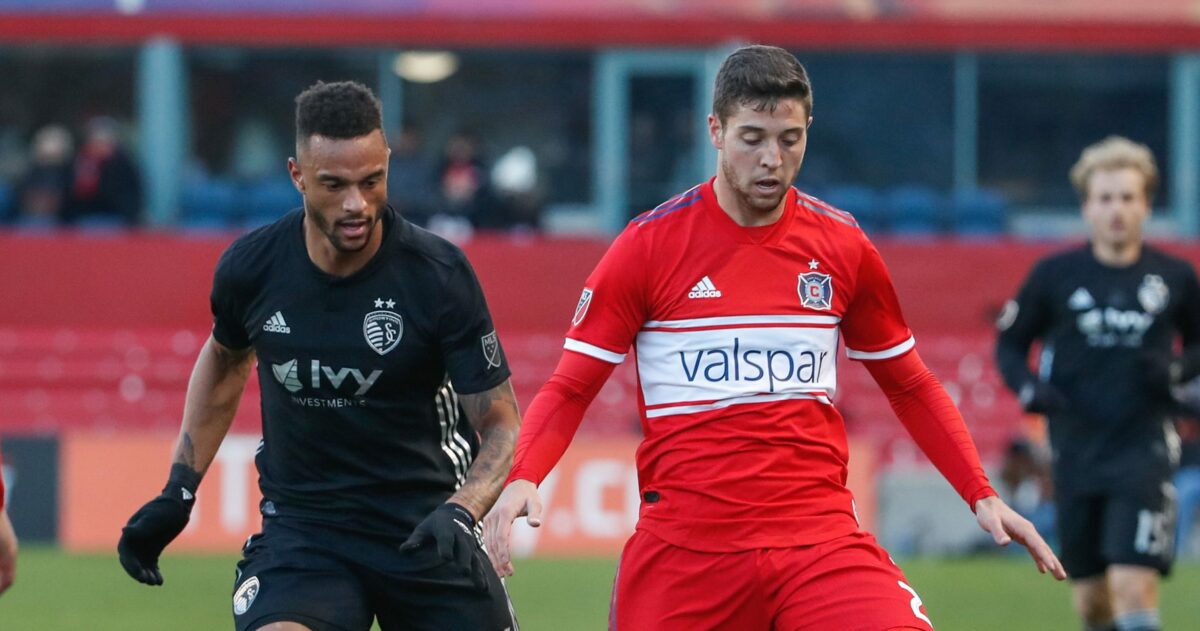 After weighing options in MLS and Europe, Matt Polster appears ready to move to Europe for a long-rumored move to Scottish power Glasgow Rangers.

According to Press Association Scotland, the Chicago Fire right back is on his way to Glasgow to sign with Rangers once the club secures a U.K. work permit for him. He went on a trial with them after the MLS season ended last fall and evidently impressed manager Steven Gerrard enough to offer him a deal.

After Chicago took him with the seventh overall pick in the 2015 MLS Draft, Polster spent three years with the Fire. He made 93 appearances in that time and scored three goals. He has one appearance with the U.S. Men’s National Team.

While one player is leaving Chicago, another is coming in. The Fire announced the addition of Polish international midfielder Przemysław Frankowski on Tuesday.

Frankowski arrives from Jagiellonia Białystok and he will be under contract until the 2022 season. He was brought in using TAM, but the exact fee was not reported.

“We are pleased to finally capture Przemysław services,” said Chicago Fire Soccer Club President and General Manager Nelson Rodriguez. “Our patience and persistence overcame several suitors, and we believe he will prove to be a fan favorite for his relentless style of play.”

The 23-year-old Frankowski spent seven years with two different Polish clubs. He made 181 appearances in the First Division. He began his career with Lechia Gdansk before moving to Białystok after two seasons. He has four appearances with the Polish National Team, including one in the UEFA Nations League.

Toronto FC have signed midfielder Noble Okello from their academy as a homegrown signing.

The 18-year-old played in 22 matches with Toronto FC II last year with one assist to his name. He was invited to Toronto’s senior team preseason camp last year, but did not receive an offer.

“Noble is an exciting and promising player whom we look forward to working with at the first team level. While he has worked extremely hard to earn this opportunity, it is also a testament to the commitment that Toronto FC has to developing players from the community, and the quality education that our academy coaches deliver to young players,” said Toronto General Manager Ali Curtis. “It should also be noted that while Noble has taken full advantage of his opportunities, his parents played a pivotal role as well. As we move forward, the staff will look to further Noble’s development as a player and as a young man.”

He has represented Canada at the youth level and featured for the team during last fall’s Concacaf U-20 Championship.

Ebenezer Ofori will return to New York City FC on a loan from VfB Stuttgart for the 2019 season. The deal comes with an option to buy him outright after this year. The Ghanaian international midfielder made 28 appearances for NYCFC last season.

“It was very important to bring back Eben,” head coach Domenec Torrent said. “He understands what we want to do tactically and brings a unique quality to our midfield. He’s experienced in this league and at the international level and I’m very happy to have him back in the squad.”

Before coming to NYCFC, Ofori played for Stuttgart when they got promoted to the Bundesliga after the 2017 season and spent time with AIK in Sweden.

Orlando City officially waived forward Stefano Pinho on Tuesday. He signed with the club before the 2018 season after leading the NASL in scoring the previous year. He made 23 appearances for the Lions and scored twice.

“Stefano is a good player who was able to transition well to MLS during his first season in the league last year, and we wish him the best in his future endeavors,” said Orlando City SC EVP of Soccer Operations Luiz Muzzi. “For us this decision opens an important position in our roster and gives us some added flexibility.”

The Houston Dynamo announced the signing of first round draft pick Sam Junqua on Tuesday. The University of California defender was taken eighth overall in January 11th’s draft. He started 45 games in four years with Cal. He had three assists in 2018 while leading the team in minutes.

The Vancouver Whitecaps acquired 32-year-old Spaniard Jon Erice using TAM on Tuesday. He arrives from second division side Albacete Balompie on a two-year contract with an option for the 2021 season.

“Jon brings a wealth of experience to our club and has played consistently in highly competitive environments,” said Whitecaps FC head coach Marc Dos Santos. “He has a strong understanding of the demands we require in the defensive midfielder position. He’s an excellent distributor of the ball, technical, tenacious, and another important piece as we continue to build our roster.”

Erice has over 200 games worth of experience in the Spanish second division and played in nine first division games with Club Atletico Osasuna.