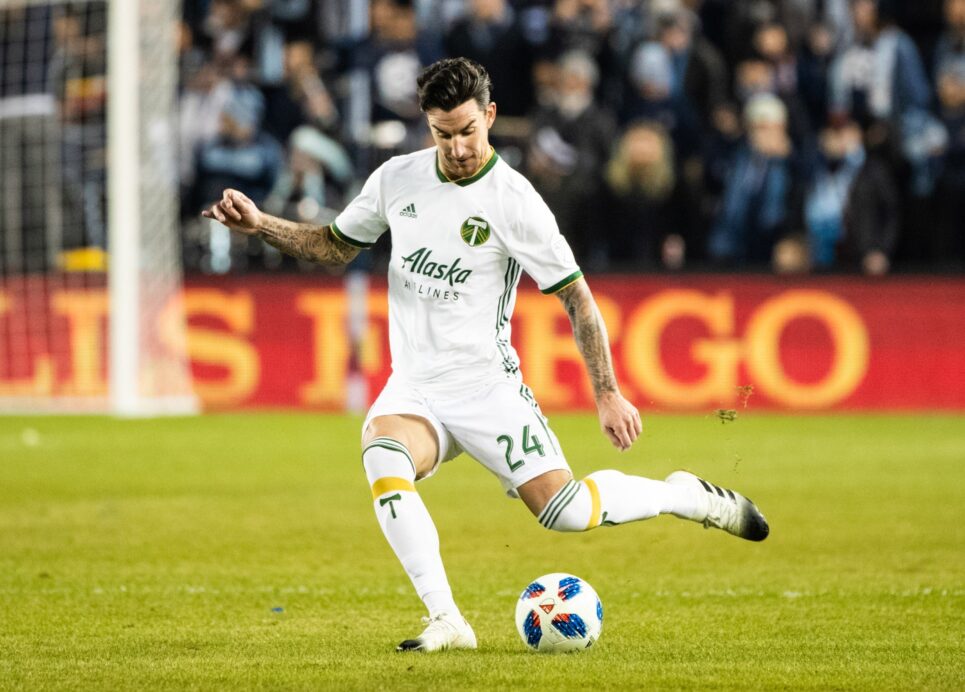 One of the Portland Timbers’ most prominent figures will be seeking a new team in 2019.

Thursday saw the Timbers and defender Liam Ridgewell mutually part ways, ending the 34-year-old’s five-year stay with the Western Conference club. Ridgewell signed with the Timbers in 2014, and made 97 appearances with the club across his five seasons.

“Liam is quite simply one of the most important and influential signings in Timbers history,” Timbers owner Merritt Paulson said. “Not only has he been a top defender in MLS since his arrival but he is a winner who greatly contributed to our locker room culture. I thank Liam and will miss him.”

He amassed over 8,550 minutes with the club while scoring six goals and adding two assists. Ridgewell lifted one MLS Cup in his time in the Pacific Northwest, while being a two-time MLS All-Star and winning the Timbers Defender of the Year honors twice.

“It has been an absolute pleasure playing in Portland for the last five seasons, and I am grateful to the fans and everyone involved for the opportunity,” Ridgewell said. “I am very proud of what we achieved together, and at the same time I am very excited about what the future holds for me as I move on to the next chapter in my career.”

Orlando City added an experienced defender to the mix with the signing of centerback Alex DeJohn on Thursday.

The club announced that the 27-year-old will be apart of the team’s plans in 2019 after his previous contract expired with Swedish side Dalkurd. De John has made 125 career appearances in Europe, spending time with Ekenas IF, Turun Palloseura, and IK Start before the switch to Dalkurd in 2017.

“Alex is an experienced defender who adds needed depth to our backline. He is a natural leader with solid experience in Europe and the U.S.,” Lions EVP of Soccer Operations Luiz Muzzi said. “We are thrilled to make this key signing at centerback ahead of preseason, and know Alex will be a strong contributor to the game both in play and in aiding the development of young players we are bringing to the team.”

The former University of Old Dominion product most recently suffered relegation with Dalkurd in 2018, a year after helping them gain promotion to the Swedish Allsvenskan. Overseas, DeJohn scored seven goals and added two assists.

However, it looks like NYCFC could be on the verge of adding a talented winger to the mix. Sky Sports reported on Thursday that NYCFC have approached Scottish Premier League outfit Aberdeen for permission to speak to Gary Mackay-Steven.

His current contract expires this summer with Aberdeen which will allow him to speak to any club he wishes.

The 28-year-old joined Aberdeen from Celtic in July 2017 and has scored 14 goals in 57 appearances for the Dons. Mackay-Steven recently returned to full training with Aberdeen in Dubai after missing eight games due to a concussion.

“We got notification from New York City that they wanted to speak to his representatives as is their right,” Aberdeen manager Derek McInnes said. “Gary was oblivious to it. I spoke to him this morning and he knew nothing about it. When players get to this stage of their contract, you have got to accept you are in a fight to keep them.”

Mackay-Steven has played his entire senior career in Scotland, with stops at Airdrie United and Dundee United along the way. He has won two caps for the Scottish National Team.