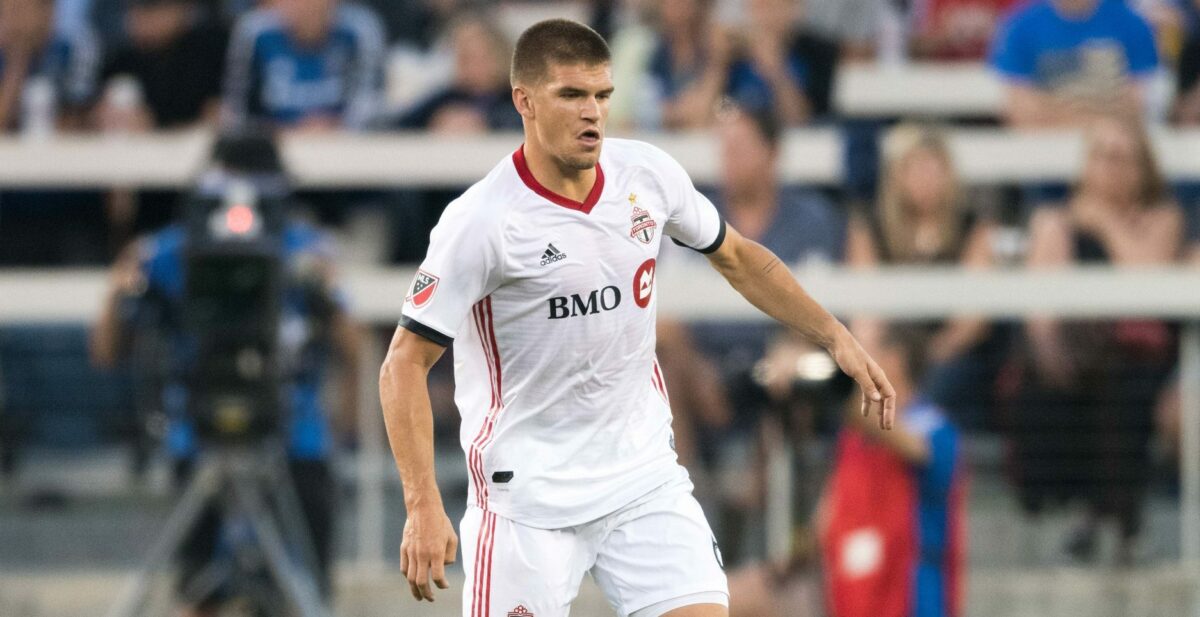 Hagglund, 26, was the 10th overall selection in the 2014 MLS draft and made 115 combined appearances for TFC in five seasons. During his time in Canada, Hagglund scored six goals and added six assists while helping the club to an MLS Cup, two Canadian Championships, and two Eastern Conference Championships.

“This deal gives us flexibility on our budget both in the short and long term. In addition, the number one allocation ranking gives us the option of acquiring another player and/or asset either during this transfer window or in the summer,” TFC general manager Ali Curtis said. “On behalf of everyone at Toronto FC, we want to thank Nick for his contributions and we wish him the best as he moves back home to Cincinnati.”

Gregory van der Wiel looks to have played his final game for Toronto.

According to Sportsnet, van der Wiel was sent home to Toronto by the club from preseason camp in California. TFC is also working with van der Wiel and his agent to explore opportunities in and outside of MLS, according to the report.

It was reported that van der Wiel was involved in a recent altercation with TFC head coach Greg Vanney.

Van der Wiel, 30, joined TFC from Serie A club Cagliari last season and went on to make 27 league appearances for the club. A product of Ajax’s youth system, van der Wiel has also spent time with Paris Saint-Germain and Fenerbahce while also winning 46 caps for the Dutch National Team.

Nicolas Lodeiro stated last weekend at MLS Media Day that he wanted to go back to Boca Juniors. Despite the Uruguayan’s interests, Seattle Sounders president and general manager Garth Lagerwey admitted that the team has not received any offers for the playmaker.

“We have not received any offers, no team has sent us a written offer or has contacted us to propose a formal offer,” Lagerwey said at Sounders training on Wednesday. “That kind of thing can change day after day, but for now there are no offers for Nico.”

Lodeiro joined the Sounders during the 2016 MLS season, after winning a domestic double with Boca. The 29-year-old would win MLS Cup with the Sounders later that season as Seattle defeated Toronto FC in the Final.

“Today I am committed to the Sounders. This is the truth,” Lodeiro said. “There are only rumors. But I think that if it were the truth or I had to go, they [the Sounders] would understand because we’re talking about a very big club like Boca.. So I think it’d be understandable if I were to go.”

In 73 MLS matches, Lodeiro has scored 19 goals and registered 36 assists with Seattle.

After selecting him in the second stage of the MLS Re-Entry Draft, the Los Angeles Galaxy announced on Wednesday they’ve signed goalkeeper Matt Lampson.

Lampson joins the Galaxy after spending seven seasons combined between the Columbus Crew, Chicago Fire, and Minnesota United. A former Crew homegrown, Lampson has made 60 total appearances in MLS during his career.

“Matt is a solid goalkeeper with experience playing MLS,” Galaxy GM Dennis te Kloese said. “He will add valuable depth to our goalkeeper position and we are glad to be able to add him to our roster.”

After four seasons with the Crew, Lampson moved to the Fire where he registered eight shutouts in 24 appearances in 2017. 2018 saw Lampson make nine appearances for the Loons after being involved in a SuperDraft trade.