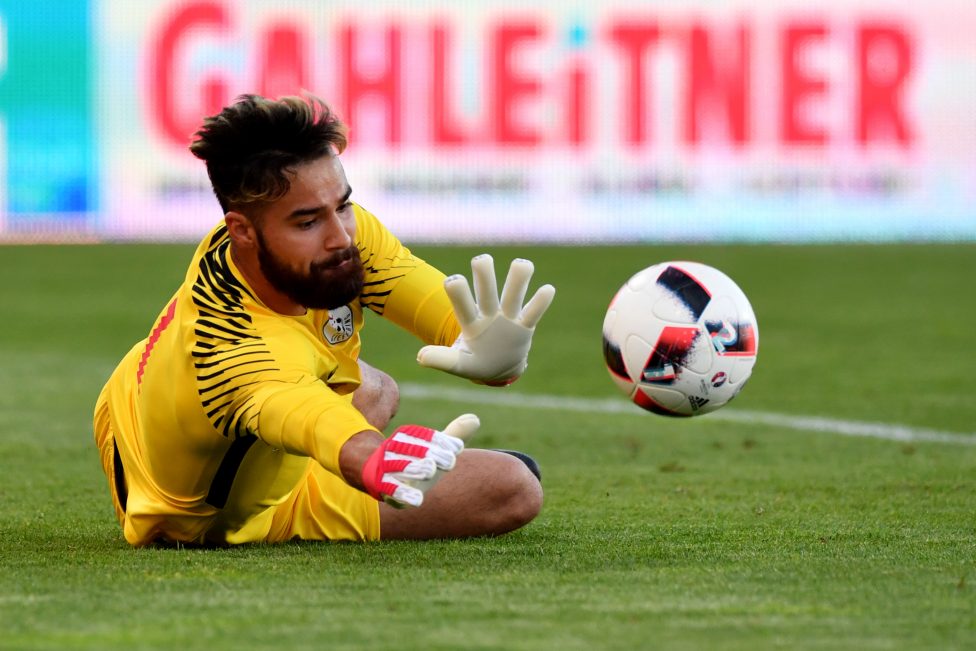 The Philadelphia Union already have one of the top goalkeepers in Major League Soccer, but that didn’t stop them from adding an experienced back-up to the squad.

Philadelphia announced on Thursday they’ve signed Carlos Miguel Coronel from Red Bull Salzburg on a one-year loan, with an option to buy. Coronel will occupy an international roster spot and is familiar with current Union sporting director Ernst Tanner.

“Carlos is a young goalkeeper who I am of course familiar with from my time at Red Bull Salzburg,” Tanner said. “He possesses impressive athleticism for his size and we believe he has terrific potential. This is an appropriate step for him at this point in his career and we are looking forward to helping him integrate with our First Team as well as improve alongside Andre Blake, Matt Freese, and the other young goalkeepers from our Academy.”

The 22-year-old began his professional career with Austrian second-tier side FC Liefering in 2015, a side affiliated with RB Salzburg. Over three seasons at the club, Coronel made 67 appearances while keeping 20 clean sheets and being the team’s captain over two seasons.

Coronel made his Salzburg debut in the team’s final match of 2018, which capped off a title-winning season. He has appeared for the Brazilian U-15 and U-17 National Teams.

“It’s hard to describe,” Haak said. “You dream about it almost your whole life and then when it actually comes, you almost can’t believe it. When NYCFC was first announced, I knew I wanted to play for the professional team in my own city that I’ve grown up in. It was an amazing chance for me and I just wanted to be a part of it.”

Haak began with the club’s first academy side, the U-14 team in 2015. Ultimately he’s progressed through the system, helping the youth teams win the Generation adidas Cup in 2017 and USDA National Championship in 2018.

He’s been capped with the U.S. U-18 MNT and trained regularly with the NYCFC first team throughout 2018.

The New York Red Bulls have kept a familiar figure with the club for the 2019 MLS season.

The 28-year-old Rzatkowski made 24 appearances for the club last season, scoring two goals and registering seven assists. His versatility allows him to play in midfield but also on the wing for the Red Bulls. Prior to his MLS move, Rzatkowski saw time with VfL Bochum, Arminia Bielefeld, FC St Pauli and RB Salzburg.

“Marc showed his value and quality throughout last year, and we’re happy to have him back on a permanent basis,” Red Bulls head coach Chris Armas said. “Marc adds experience, intelligence, and a competitive edge that is needed in our squad. He also has integrated so well with everyone and fits in perfectly with our culture and the way we work.”