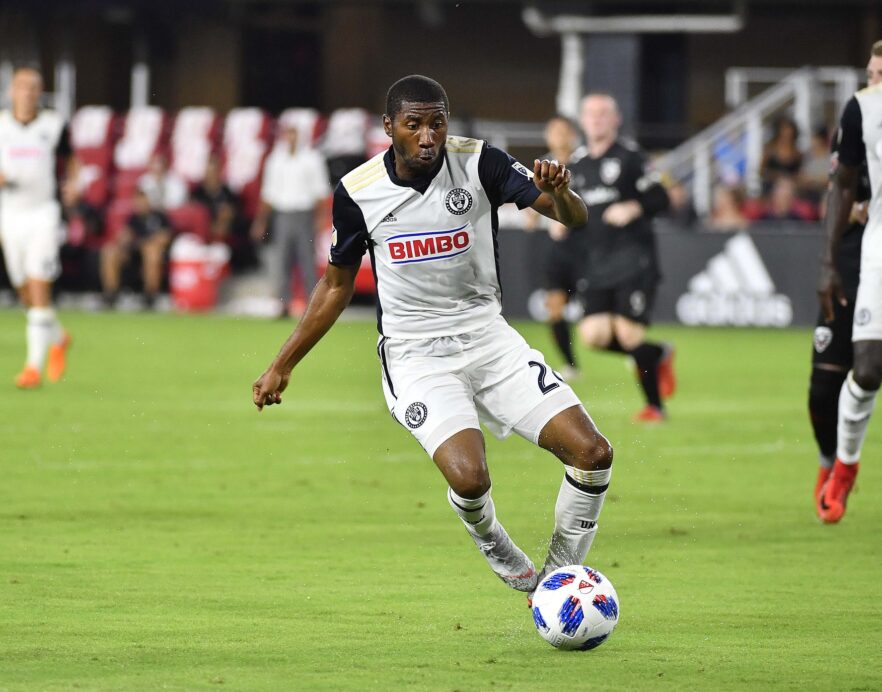 The Philadelphia Union’s longest-tenured player will be coming back in 2019 for his eighth season with the club.

“We are looking forward to welcoming Ray back to the Union,” Union Sporting Director Ernst Tanner said. “He is a tireless worker with an incredible heart and attitude to match. A crucial part of our locker room, he provides an excellent veteran presence on and off the field. He also serves as a role model for our younger players, particularly our young fullbacks.”

Gaddis made 29 appearances for the Union in 2018, registering one assist and amassing over 2,300 minutes played.

The defending MLS Champions have added a local goalkeeper to their roster as they prepare for a busy 2019.

Atlanta United have signed 26-year-old goalkeeper Brendan Moore on Wednesday, who starred at Centennial High School in Rosewell, GA during his prep years. Moore comes from Rochdale AFC, who play in the third tier of English Football.

“Brendan is a talented young goalkeeper with a bright future and we’re pleased to have added him to our roster,” Atlanta United Vice President and Technical Director Carlos Bocanegra said. “He’s a local product with valuable professional experience in England and he’ll add quality to overall group of goalkeepers.”

Moore came to Rochdale from National League outfit Torquay United, where he also completed two loan spells. With Torquay, Moore made 58 appearances between 2015-17. Standing at 6-foot-2, Moore has made 10 total appearances for Rochdale this season, with five clean sheets.

Luke Mulholland will remain with Mike Petke’s team for 2019, after the midfielder was re-signed on Wednesday. The midfielder will return for his sixth season with RSL, and adds valuable experience to a talented squad.

Since 2014, Mulholland has made 122 appearances for the club with 97 of them being starts. During his time with RSL, the midfielder has scored 16 goals and added 16 assists in over 8,300 minutes played. A native of Preston, England, Mulholland only saw the field four times for RSL in 2018 after being hampered by injuries.

“Luke has been an important part of our locker room for the last five years. He is a veteran presence on the field that can play in multiple roles, which is important to us,” RSL General Manager Craig Waibel said. “He not only is a valuable player on the field and in the locker room, but really represents the club well in the community and we’re glad to have him back.”

Mike Petke’s side opens up the 2019 MLS regular season on March 2nd at Houston.

The Philadelphia Union have traded all five of their selections in Friday’s MLS SuperDraft to FC Cincinnati in exchange for up to $200,000 in General Allocation Money, the club announced Wednesday evening.

Philadelphia originally will receive $150,000 in GAM in 2019 and an additional $50,000 in 2020 pending certain performance metrics are met by the selections chosen by FCC.

FC Cincinnati have added selections No. 13, 29, 37, 61, and 85 to their ever-growing list of draft choices ahead of their first MLS Draft.

“When evaluating how we want to build our roster for the 2019 season and beyond, we decided that acquiring this money is the best use of our SuperDraft resources,” Union Sporting Director Ernst Tanner said. “Not only will we look to continue both signing Union Academy products for the First Team and Bethlehem Steel FC, as well as attracting young talent from abroad, we believe that this sum of money will help us complete crucial signings ahead of the upcoming campaign.”

General Allocation Money, No. 16 overall selection in 2019 SuperDraft in trade with LAFC

FC Cincinnati have continued to make moves ahead of their inaugural MLS campaign. The Orange and Blue added to that trend on Wednesday, acquiring $175,000 in General Allocation Money and the No. 16 overall selection in Friday’s MLS SuperDraft from LAFC.

In exchange, LAFC will be receiving FC Cincinnati’s natural fourth-round selection (No. 73 overall) in Friday’s draft, and the club’s initial 2020 Allocation Ranking. Should FCC be within the top five of the Allocation Ranking, then that portion of the trade will move to 2021.

Heading into their first MLS Draft, FC Cincinnati currently possesses five selections including the No. 1 overall pick and four choices in the top 30.

Luchi Gonzalez has wasted zero time in making moves ahead of the 2019 MLS season. Wednesday saw the new head coach announce his coaching staff ahead of what will be an interesting campaign.

Luccin, 39, played for Dallas in 2013-14 but also featured overseas for teams including PSG, Marseille, Atletico Madrid, and Celta Vigo. He currently holds a UEFA “B” coaching license, but worked with FCD’s U-12, U-13, and U-14 age groups during his time with the club.

Varas, 36, played college soccer at the University of San Francisco. His resume includes work at De Anza Force and the Sacramento Republic academy before joining FC Dallas’ system in 2017. He holds a U.S. Soccer Federation “A” license.