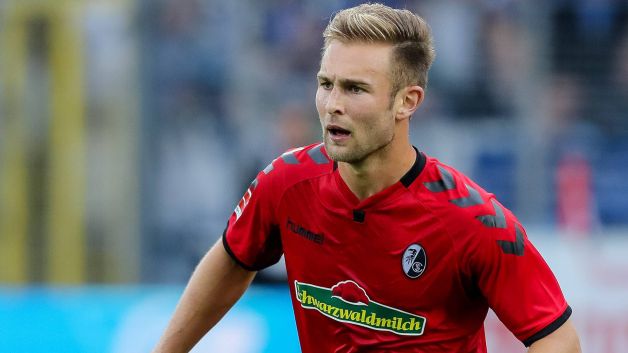 Caleb Stanko’s European spell may be coming to an end.

According to Goal, the defensive midfielder is set to join new MLS side FC Cincinnati for an undisclosed fee. Cincinnati claimed Stanko via the MLS discovery process and is close to finalizing a deal for him.

The 25-year-old joined Bundesliga club Freiburg back in 2011 and spent six seasons with the club’s reserve team. He made his first-team debut in 2015 when Freiburg was playing in Germany’s second-tier and also saw a loan to FC Vaduz during 2016-17.

As Freiburg earned promotion back to the Bundesliga, Stanko made six appearances in 2017-18 despite dealing with knee problems. He has fully recovered from injury and recently played in a Jan. 12th friendly against fellow Bundesliga outfit, Mainz.

His lone cap with the U.S. Men’s National Team came in 2016. Stanko also captained the U.S. U-20 MNT at the 2013 U-20 World Cup which featured DeAndre Yedlin, Zack Steffen, Kellyn Acosta, and Wil Trapp.