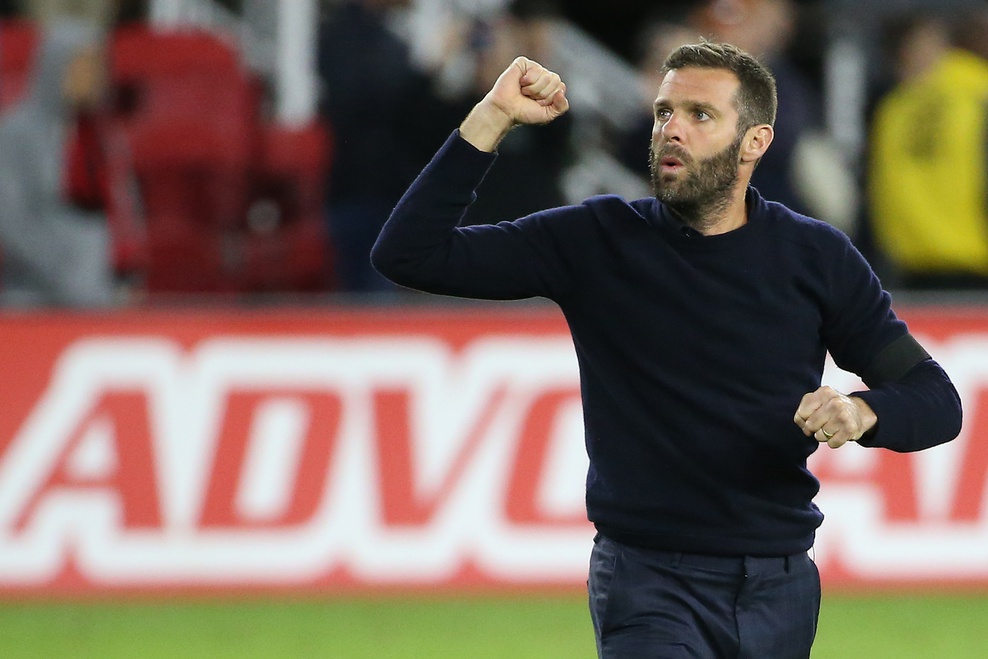 Ben Olsen looks to be staying with D.C. United into the foreseeable future.

The 41-year-old has agreed to an extension with the club through 2021, the Washington Post reported. Olsen has been with the D.C. organization since 1998 as both as player and coach. Olsen was heading into the final year of his current contract, but it looks like he will be in charge of the team for the next few seasons.

Olsen was among the lowest paid coaches in Major League Soccer, but is expected to receive modest increases, according to the report.

2019 will be Olsen’s ninth season as head coach, which is second to Sporting KC’s Peter Vermes for MLS’ longest active tenure. The team itself will hope to follow up an impressive second-half of 2018, which saw them clinch a berth in the knockout round of the MLS Cup Playoffs.

English forward Wayne Rooney played a huge role in the team’s second-half resurgence, while the opening of Audi Field gave D.C. a new home. Despite clinching a playoff berth, D.C. fell to the Columbus Crew in the knockout round which ended their season.

D.C. United will open training camp on Jan. 21st in Washington before traveling down to Clearwater, Fla. They will kick off regular season play on March. 3rd at Audi Field against defending champs, Atlanta United.