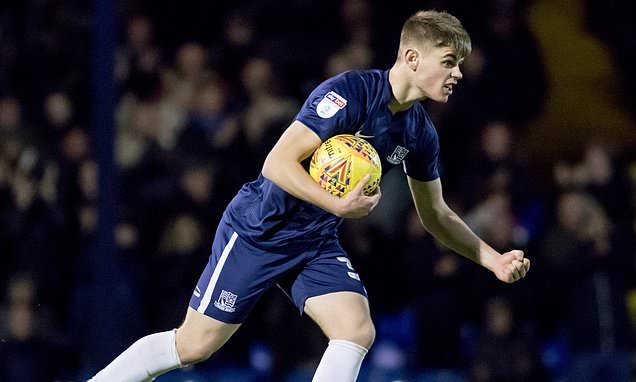 Not many players are able to find the back of the net on their professional debuts. U.S. U-18 Men’s National Team forward Charlie Kelman did not follow that that trend on Saturday.

Kelman scored a wonder-goal on his pro debut for English third-tier side Southend United despite a 3-2 loss to Plymouth Argyle.

The 17-year-old chipped the Plymouth keeper from inside his own half which sent the home fans bonkers in the League One clash.

David Beckham? Wayne Rooney? No, this comes from @SkyBetLeagueOne!

Kelman, born in Essex, played for the U.S. U-18’s last year and now qualifies to play for the United States.

Southend manager Chris Powell stated that Kelman was a “real livewire for us and obviously he’s scored a wonderful goal.” After an amazing debut for Southend, Kelman praised the club for giving him his first opportunity via social media.

Thank you to all the staff @SUFCRootsHall and @SUFCYouth for believing in me and giving me this opportunity at such a young age I couldn’t be more grateful I won’t stop here and @DruYearwood 50 appearances congrats !❤️

Southend, are currently 12th in the EFL League One and next travel to Bradford City on Jan. 19th.