USWNT bounces back with win over Spain 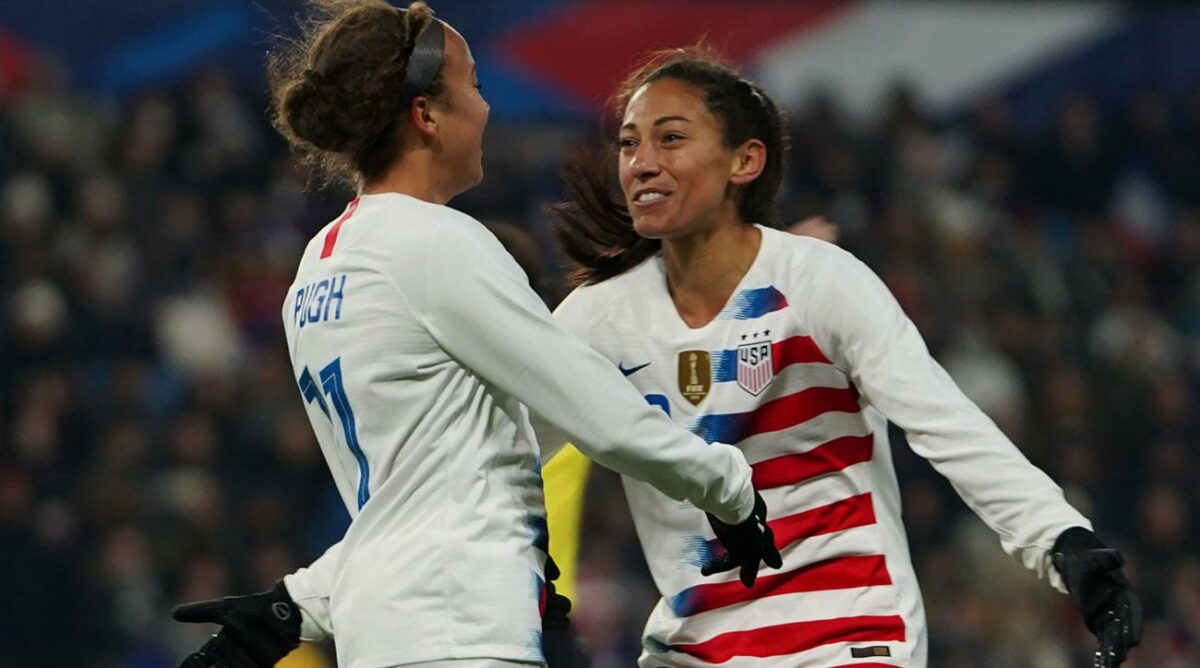 The U.S. Women’s National Team showed a short memory as they earned their first win of 2019.

In their first-ever meeting with Spain, Jill Ellis’ side earned a 1-0 win in Alicante thanks to a Christen Press winning goal.

After a scoreless first-half which saw neither goalie tested, second-half substitute Press netted the only goal of the match.

Press raced down the left flank and was able to slide a left-footed shot towards goal. A sliding effort by Spain centerback Irene Paredes almost cleared Press’ shot but the defender could only turn into her own goal.

Andrea Falcon and Alexia Putellas each had the best efforts for Spain later in the half, but was unable to beat Alyssa Naeher in the U.S. goal.

Alex Morgan also had efforts to add to the USWNT’s lead but Press’ goal would stand as the only tally of the evening.

Naeher made a pair of saves to earn the clean sheet.

The USWNT will next take part in the 2019 SheBelieves Cup which kicks off on Feb. 27th.