Who Should the USMNT start vs. Panama? 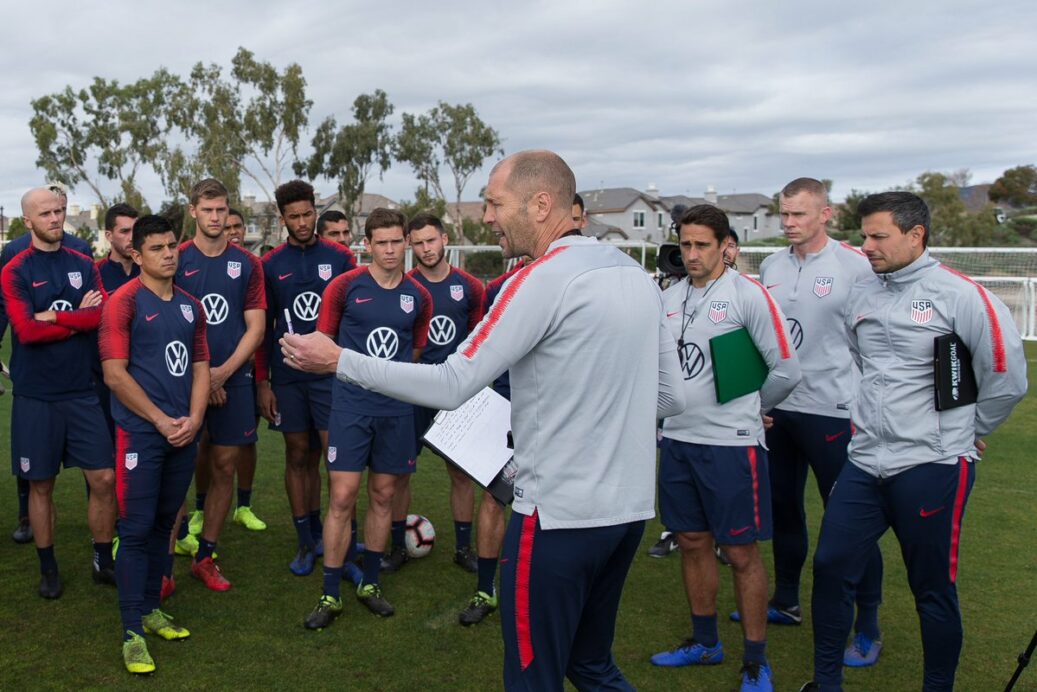 After a year of waiting, a year of continued disappointment that saw a FIFA World Cup come and go without the United States taking part of it, the road to redemption for the U.S. Men’s National Team has finally arrived.

New head coach Gregg Berhalter’s first appearance on the touchlines for the USMNT starts this weekend when they take on Panama in a friendly on Sunday in Glendale, Arizona in the first of two friendlies to conclude the team’s January camp.

While this is just the first friendly of the new calendar year as the program starts to prepare for this summer Gold Cup, Berhalter will want a positive result to kick off his tenure on a good note, and to show USMNT fans that progress is being made.

Here is how the USMNT could line up against Panama:

This Starting XI won’t be anywhere close to the one we’ll see this summer at the Gold Cup, but coming off of a January camp with a roster full of MLS players, it doesn’t hurt to see what you got and certainly Berhalter will have various combinations and rotations for his first two international friendlies.

Starting in the net, barring any injury or sudden come up by anyone else, Zack Steffen should be the starting goalkeeper for the national team going forward. He earned his spot internationally last year under interim head coach Dave Sarachan’s guidance and has earned the opportunity to prove that he is the right call as the No. 1 keeper for the country.

In the backline, Nick Lima is definitely one to watch. He’s shown he can create and defend with a less-than-average Earthquakes side in his first two seasons out of Cal and he continues to get better. He is also capable of playing at left back, where Daniel Lovitz is the only natural option remaining after Greg Garza’s departure from camp with an injury.

Aaron Long is coming off an MLS Defender of the Year season and should anchor the central defense, with Walker Zimmerman slotting in next to him. Youngsters Auston Trusty and Mark McKenzie have shown well in camp, but it may be a bit early to give them starting nods.

In the midfield, Michael Bradley is a good bet to start and provide experience in the middle, though there are a variety of combinations Berhalter could turn to if he deploys two defensive midfielders, and Russell Canouse could be the option.

Wil Trapp has pulled the strings in the midfield for Berhalter in Columbus and it’s a safe bet Berhalter’s first match as USMNT coach will feature Trapp in the heart of the midfield. A Trapp-Bradley combination would be able to dominate possession against Panama, and allow the attacking four up front to focus on creating chances.

The current squad lacks true wing options, but Arriola qualifies as one and should get the nod on the right. Sebastian Lletget’s versatility make him a good fit anywhere across the attacking midfield three, but for this match deploying him on the left makes sense. Roldan isn’t a pure playmaker, but he has adapted to Berhalter’s system well and can handle the responsibilities of the role in the middle.

Gyasi Zardes should get the nod up top, as his familiarity with Berhalter’s system gives him the edge over the other forwards in camp.

What do you think of this lineup? Who would you like to see start against Panama? Share your thoughts below.