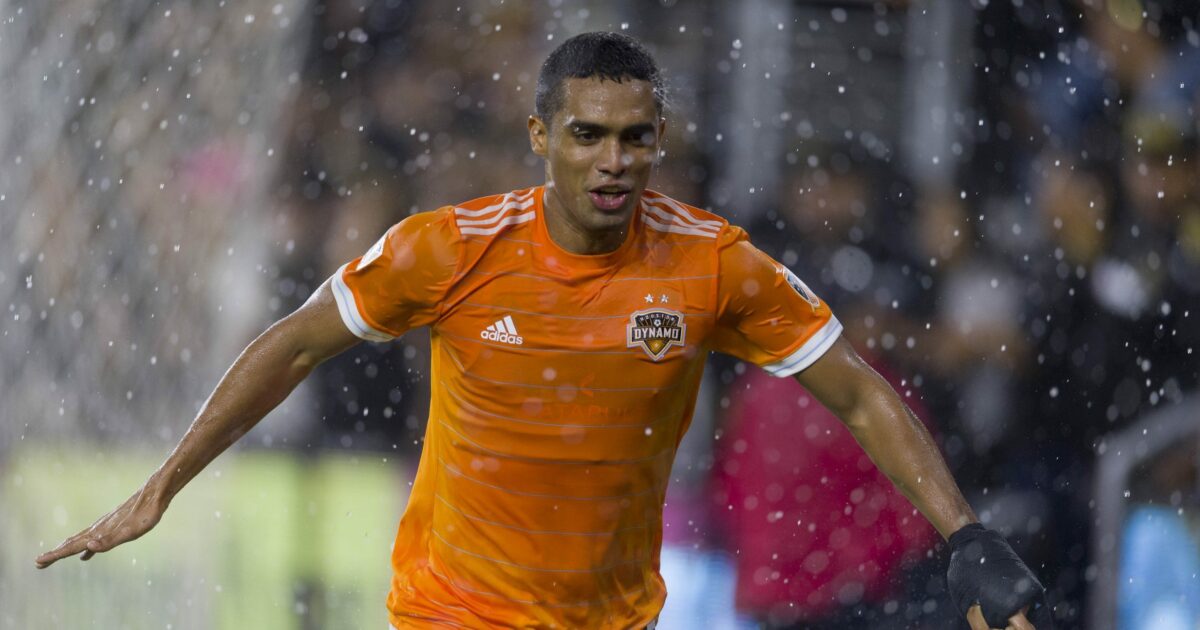 The Dynamo announced they’ve signed Manotas to a new three-year contract, which will keep the forward in Houston through the 2021 season. He joined the club in 2015 and has scored 46 goals in all competitions for the Orange and Black.

2018 was Manotas’ best MLS season yet after scoring 19 goals and lifting the club’s MVP and Player of the Year Honors. He finished as the fourth highest goalscorer in MLS last season.

“I think it’s very important news for everyone,” Dynamo head coach Wilmer Cabrera said. “First, for Mauro, he can focus on his game, continuing to improve, and continuing to look to score goals which is what he wants and what he likes the most. For the team, we have a top scorer, a player that is young and scores goals. Every team loves to have a top scorer. And for the club, because they need to feel proud about their most important player being young and a top scorer.”

Manotas has yet to win a senior cap with the Colombian National Team, but helped the U-20 side to a place in the U-20 World Cup back in 2015.

Orlando City added a veteran MLS keeper to their squad prior to next weekend’s regular season kickoff.

The Lions announced Friday they’ve signed Brian Rowe, who will be entering his eighth MLS season. Rowe, 30, made 10 appearances for the Vancouver Whitecaps in 2018 after being acquired in a trade with the Los Angeles Galaxy.

“Brian is a guy that brings a tremendous amount of experience to our team, and we are thrilled to welcome him officially to the Club.” Orlando City SC EVP of Soccer Operations Luiz Muzzi said.

Rowe began his MLS career in 2012 with the Galaxy and went on to make 59 appearances for the club. In total, Rowe has 16 shutouts in MLS play.

The Lions kick off their season on March 2nd against NYCFC.

Los Angeles FC continued to bolster their squad for the upcoming MLS season by adding a trio of players.

The club announced on Thursday evening they signed goalkeeper Phillip Ejimadu, defender Lamar Batista and forward Adrien Perez. All three players are 23-years-old or less and adds depth to separate position areas for Bob Bradley’s side.

“Phillip, Lamar and Adrien have all impressed during preseason and are well-deserving of an opportunity with LAFC,” General Manager and EVP of Soccer Operations John Thorrington said. “We’re excited to see how all three players fit into our group, and we look forward to seeing each of them develop and eventually reach their potential.”

Ejimadu spent the last five seasons with the youth teams at Nacional Atlético Clube in Brazil. The 19-year-old was invited to the U.S. U-20 Men’s National Team 12-day international camp last March.

Batista, 20, spent the last two years in the USL with Portland Timbers 2. He only made one first-team appearance for Portland in the 2017 U.S. Open Cup against Seattle.

LAFC kicks off their regular season on March 3rd against Sporting KC.

Anatole Abang is on his way out of Major League Soccer.

A native of Cameroon, Abang most recently spent time on loan with Astra Giurgiu in Romania. He scored four goals for the Red Bulls while also seeing time with Red Bulls II, Hobro, and SJK on loan.

“We wish Anatole all the best in this next step,” Red Bulls Sporting Director Denis Hamlett said. “We are pleased to have found a transfer that is beneficial for both the player and the club.”

Acosta joined the club last summer in a trade with FC Dallas, and went on to make 12 appearances while scoring two goals and adding three assists. He also has won 23 caps with the U.S. Men’s National Team and is expected to play a major role for the team in 2019.

Rosenberry was acquired in a trade with the Philadelphia Union in December after 80 appearances under Jim Curtin. Between 2016-18, Rosenberry scored three goals and registered six assists. He also was included in Gregg Berhalter’s first USMNT camp as head coach this past January.

Rubio joined Colorado from Sporting KC after notching eight goals and six assists for Peter Vermes’ side in 2018. He has won four senior caps with the Chilean National Team and will be paired up with Kei Kamara in the Rapids’ attacking front this season.

“We are pleased to announce contract extensions for these three key players,” Rapids EVP & General Manager, Padraig Smith said. “We targeted these players over the past 12 months and in Kellyn, Keegan and Diego we have players who have a demonstrated track record of production in MLS and who fit our style of play perfectly.  As they enter their prime we believe they will be key contributors for us in the coming years.  These deals demonstrate our club’s commitment to investing in talented young players and building a strong core, and highlight the confidence that these players have in our future.”