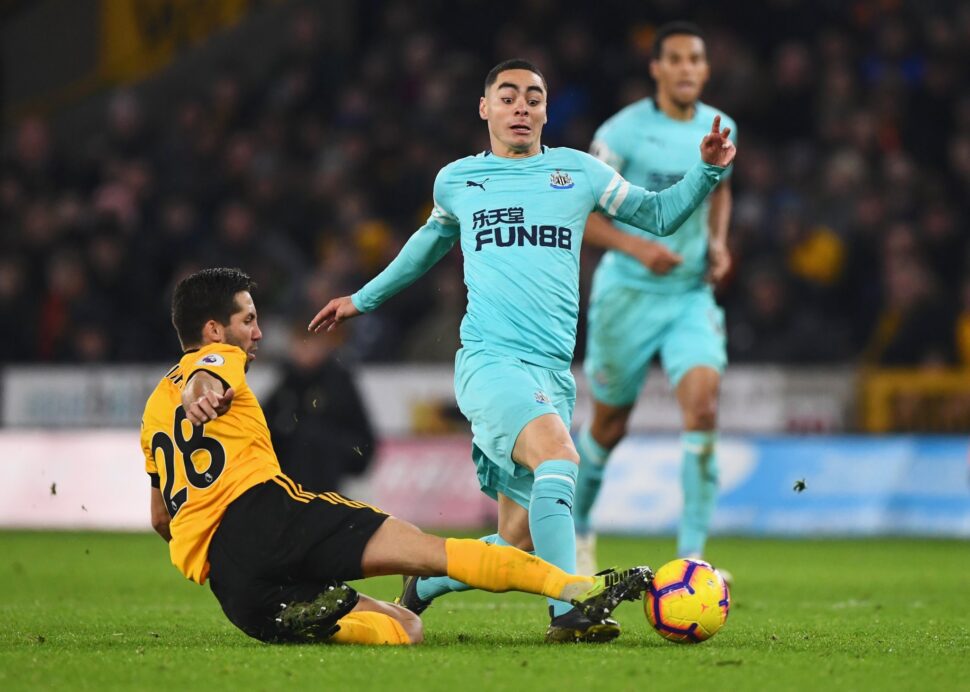 Newcastle United saw their most expensive signing step on the field for the first time on Monday.

Miguel Almiron made his debut for the Magpies in Newcastle’s 1-1 draw at Wolverhampton Wanderers.

Almiron came on in the 72nd minute, playing the final 18 minutes for Rafa Benitez’s side. He entered to a rowdy reception from the visiting Newcastle fans at Molineux.

75' – Almirón has received a magnificent reception from the 2,400 travelling supporters since coming on for his Magpies debut. Meanwhile, Hayden goes down after a late challenge from Moutinho and requires treatment. 0-1. #NUFC

While many wondered where Almiron would play under Benitez, the Paraguayan playmaker ended up playing on the left wing in a front three.

In his short cameo, Almiron completed eight of nine passes while creating one offensive opportunity and making five recoveries.