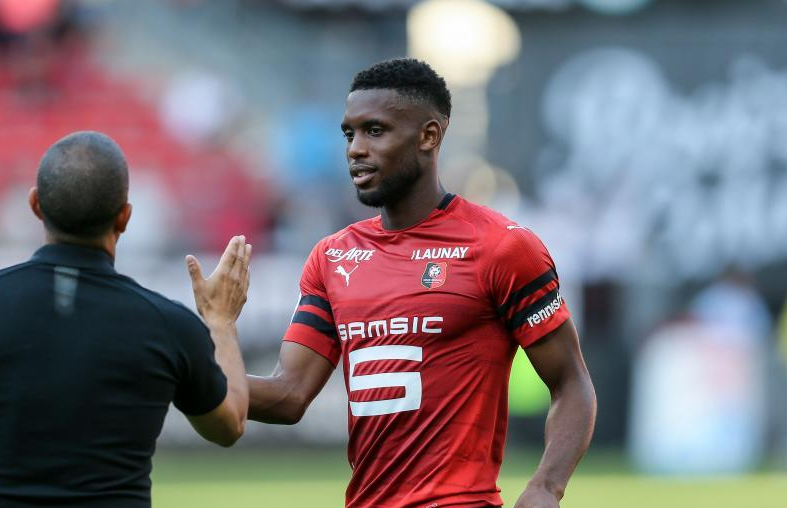 Theoson-Jordon Siebatcheu has had to fight for starts with Ligue 1 side Rennes but that could be coming to an end thanks to a superb cameo in the Coupe De France midweek.

The 22-year-old American forward scored a brace in Rennes’ 2-1 win over Lille on Wednesday, placing his side in the next round of the competition. After coming on in the 72nd minute and being down a goal, Siebatcheu was in the right spot at the right time to head home Benjamin Bouregard’s cross.

Just like his equalizing goal, Siebatcheu used his physical presence to head home the winning goal in the 91st minute. The young forward now has six goals in all competitions for Rennes who return to Ligue 1 play this weekend.

Josh Sargent did not dress for Werder Bremen.

Haji Wright did not dress for Schalke.

Joe Gyau dressed but did not play in Duisburg’s 3-1 loss to Paderborn on Tuesday.

Timothy Tillman did not dress in Nuremberg’s 1-0 loss to Hamburg on Tuesday.

Jonathan Klinsmann did not dress in Hertha Berlin’s 3-2 loss to Bayern Munich on Wednesday.

Timothy Weah started and played 90 minutes in Celtic’s 2-0 win over Hibernian on Wednesday.

Omar Gonzalez started and played 90 minutes in Atlas 4-2 win over U. de G. on Tuesday.

Joe Corona dressed but did not play in Club Tijuana’s 1-0 win over Atlante on Wednesday.

Michael Orozco did not dress in Lobos 0-0 draw with Mineros de Zacatecas on Wednesday.

Jose Torres did not dress in Puebla’s 3-2 win over Tampico Madero on Tuesday.

Theoson-Jordon Siebatcheu came off the bench, scored TWO goals, and played 18 minutes in Rennes 2-1 win over Lille on Wednesday.

Kekuta Manneh did not dress in FC St Gallen’s 3-1 win over FC Zurich on Wednesday.

Joel Sonora came off the bench and played one minute in Talleres de Cordoba’s 2-0 win over Sao Paolo on Wednesday.